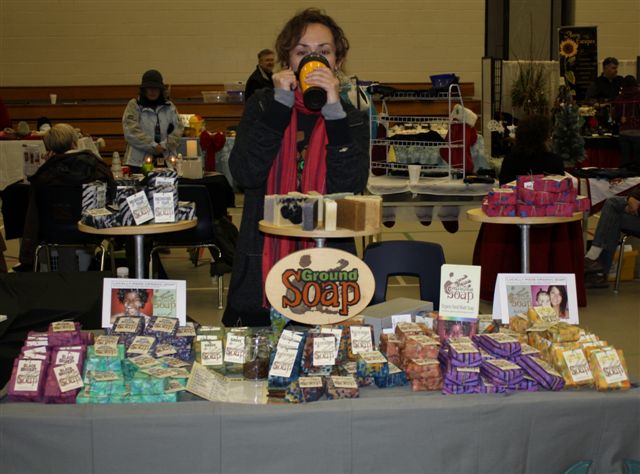 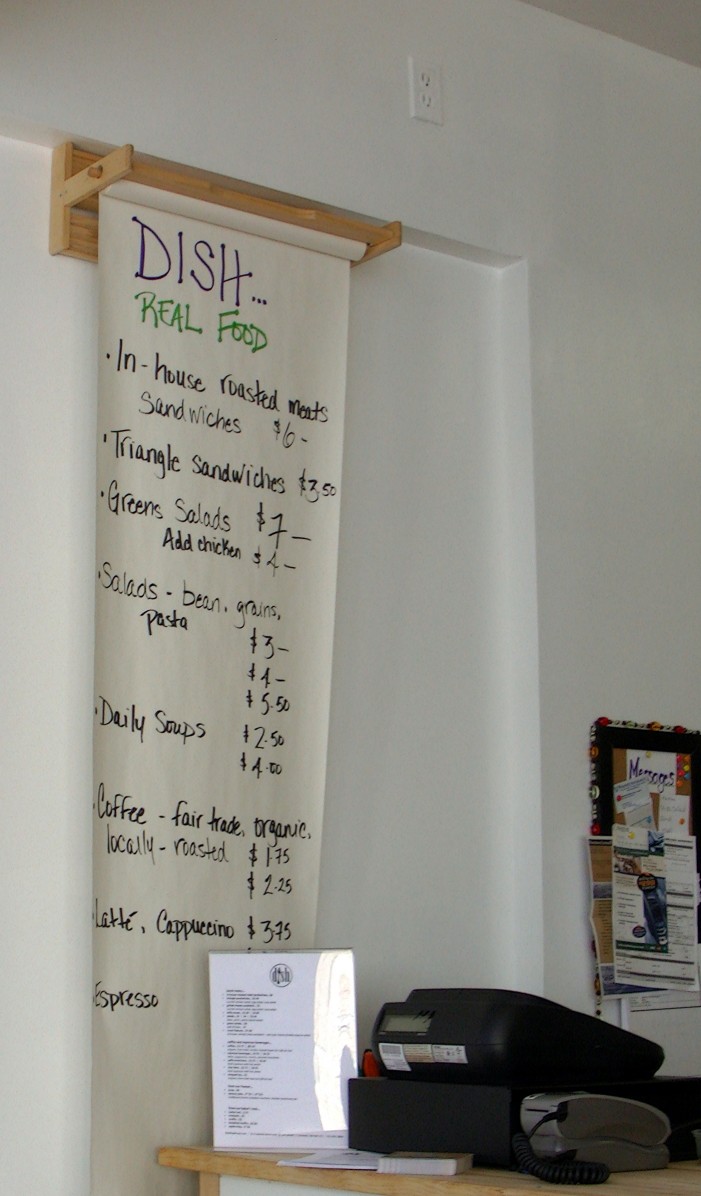 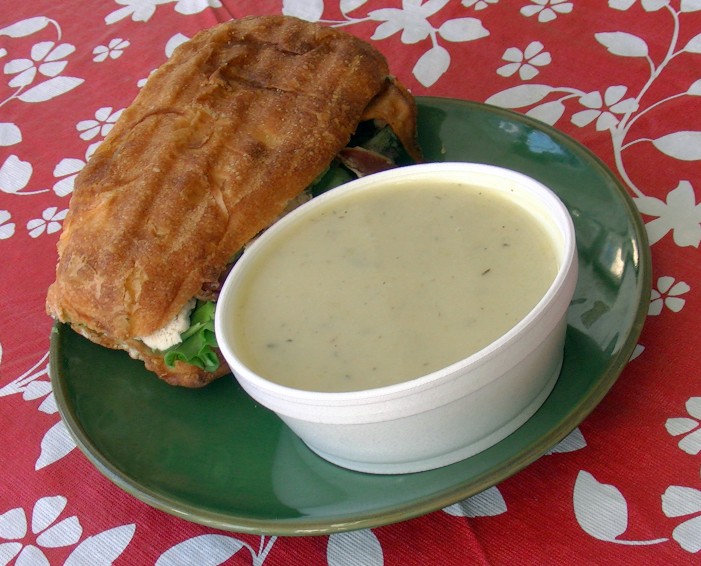 CFN – I bumped into Angela Youngs from Ground Soap last night at Eight Zero Zero.    Angela is a talented and vivacious young woman who makes some of the finest soap in Canada.  You can tell her passion for her product and feel the care she personally puts into her products.    She’s a true beacon and role model for small business, and has built herself quite a company.   She’s also a total sweetie and nice person.

So when she overheard I was doing a review for Keitha Fisher’s new eatery, Dish Real Food, she quickly asked me not to trash her friend and I saw those tiny and rare worry lines on her face wiggle.

“Angela why do you assume that I’d trash Keitha?”    She mentioned bad blood and I explained that Keitha and I had no “bad blood”.   She and I were on the Farmer’s market board, and when she was hired to run the local produce market immediately cancelled our advertising after two successful years marketing the downtown attraction.

Angela repeated the story I’d heard before; that Keitha killed our ads as she was upset that Reg Coffey left the market to move to Long Sault.    So I asked her, as I had others, what that had to do with CFN or the work we’d done for the market for two years?

I also explained that Reg; who’s like a kindly gnome on an extreme coffee buzz reacted to her and Tony Lakroix trashing CFN which Reg is a minority share holder of.

Thus your back ground.   I also explained to the delightful soap maker that if I trashed Real Dish Foods because of something as totally retarded as Keitha’s actions it’d look as bad on me as her decision did on her.

That’s not CFN, and it certainly isn’t me.   Isn’t living in a city small enough feel like a small town fun! 🙂

Keitha Fisher, formerly known as the Lunch Tramp for her proclivity to eat lunch at Schnitzels a lot with her downtown friends, decided to open a restaurant with her partner Monique Vermeulena in the former Papa Joe’s.

What’s most remarkable is the speed in which the two were able to open (LINK to before pics)  in light of the delays in Truffles and the new Indian resto on Pitt who have been been held up in opening and lost the Holiday season.   Maybe being friends with City Councilor and Heart of the City honcho Carr has some perks after all? The partners have created an interesting menu.   I have to admit some of the menu choices on their web site did tantalize me.   I was looking forward to the Roast beef sandwich as I love Carmelized Onions.    The space only seats nine and the girls have positioned themselves menu wise somewhere between Riley’s and Moustache Joe’s.

When I arrived Keitha explained that you pick your pre-wrapped sandwich from the fridge.   Sadly I was late and there was no Roast beef left so I settled for a lovely Chicken, Bacon, and Guacamole sandwich. I added the small soup, which that day was potato and leek.   My bill for the plate ( I always pay for review meals) was $8.48 including HST.   Ms Fisher explained that she imports her Artisan bread from a baker near Ottawa.  I have to admit that the chicken was moist enough.  I’m not a huge fan of chicken sandwiches, but am less of a fan of Ham.  The chicken was also fresh; not cut deli which I thought was lovely.  The bacon was flavorful and the guacamole was fresh and yummy.

What was missing was some sort of sauce to pull the flavors together.   The freshness was there, but the magic wasn’t quite.   I wouldn’t pan the food, but I wasn’t excited or excessively pleased.   When I do a review I tend to judge it based on expectations.  After all, when we pay a premium to eat that’s what we’re looking for, that experience.

The soup was pleasant as well.   I like my soups, even creamed ones, to have a bit of texture or chunks in them, but that’s a personal preference and not a bad take.   The flavors did come out in spite of the blandness.

There were no garnishes or sides as you can see from the picture.

Real Dish Foods is a walking trade lunch spot.   I would eat there again, but it wouldn’t necessarily be a first choice.   There’s no close parking at lunch as it’s right at the corner of Pitt & Second next to the Fence project that Councilor Carr chose Ms Fisher to lead.

All in all a good beginning.  It should be interesting to see how the two partners evolve the space and choices?

Have you eaten at Dish Real Food?   Feel free to post your comments below.