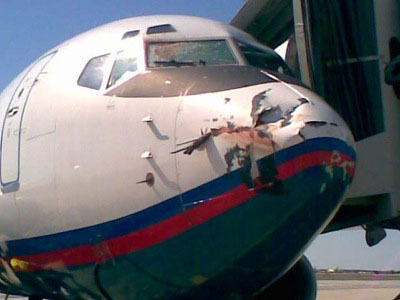 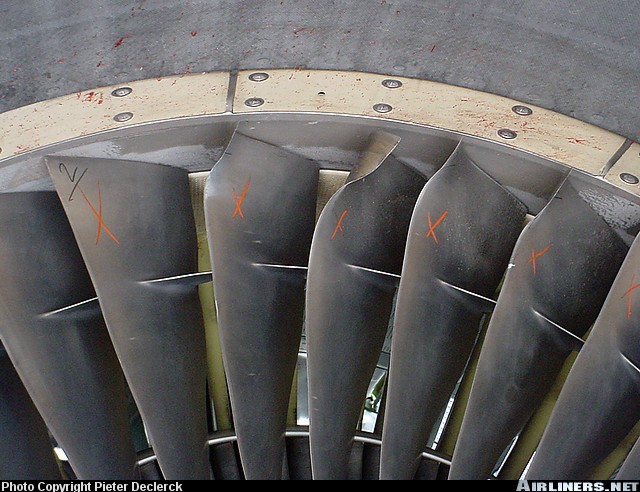 CFN – Pilot Dan Baz is answering your flying questions here on the Cornwall Free News. If you have a question about flying you can email Captain Dan or post below.

.
Question
I have heard about airplanes hitting birds.  How common and how bad a problem is it? Answer
.
Airplanes and birds seem to share the same sky and airspace around airports peacefully.  However, their coexistence is burdened with risk.  Sometimes they both end up occupying the same airspace at the same time. The results are not pretty, particularly for the birds. Bird-strike events are relatively common, occur most often on the ground or at low altitude, and are usually benign. However, bird strikes can have significant economic and occasional safety consequences for flight operations.

The first bird strike was recorded by the Wright brothers in 1905, and the aviation wildlife hazard has been a risk to aviation ever since. The January 15, 2009, ditching of US Airways Airbus A320 on the Hudson River in New Jersey, was the dramatic result of dual engine thrust loss arising from an airborne encounter with a flock of Canada geese. Fortunately, due to the experience and skills of the flight crew there was no loss of life.

Single or multiple large birds, relatively small numbers of medium-size birds, and large flocks of relatively small birds are all problematic and have resulted in accidents. In Canada, a list of birds most hazardous to flight has been identified: large flocking waterfowl (Canada goose); gulls; pigeons and doves; blackbirds, starlings, and sparrows; and raptors (hawks and kestrels).

Although bird strikes have been reported at altitudes above 10,000 feet, most bird strikes occur on or near the ground, on or close to airports. This highlights the need for wildlife management on airport grounds and in the vicinity. Features that are nearby or even at some distance from airfields can create different bird hazards to aircraft safety at each airport. For example, flight lines of birds between a nighttime roosting area and a daytime feeding area such as a landfill, can create serious hazards if the airport lies between these areas.

Pilots of fast airplanes, like airliners and other civilian and military jets, use several strategies to prevent bird strikes, such as; delaying take-off for landing in the presence of known bird activity near a runway, minimizing time that an airplane spends at low altitudes, flying at reduced speeds below 10,000 feet altitude and others.