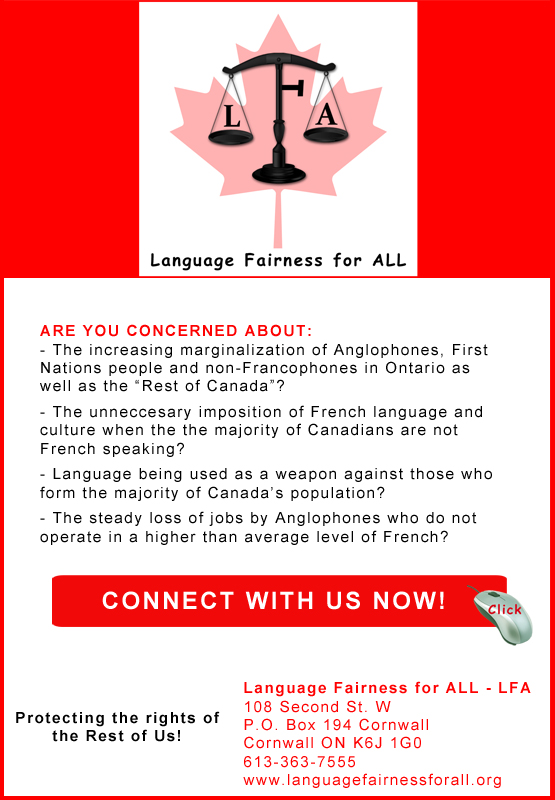 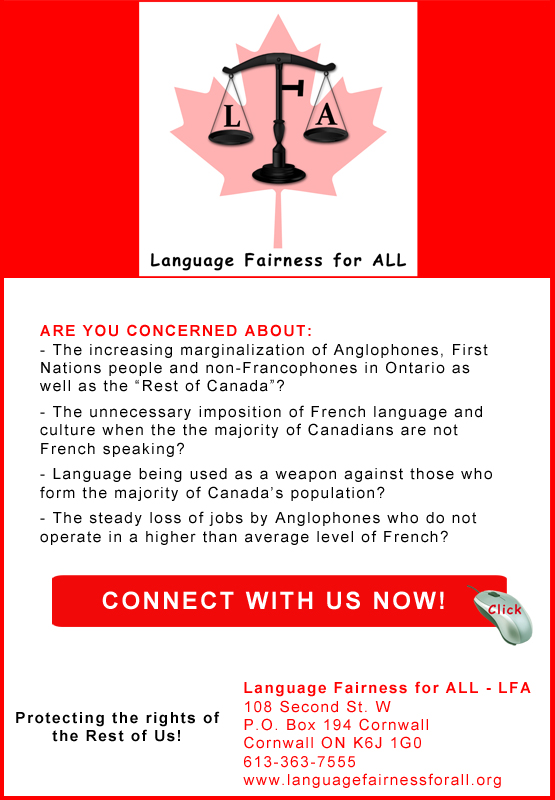 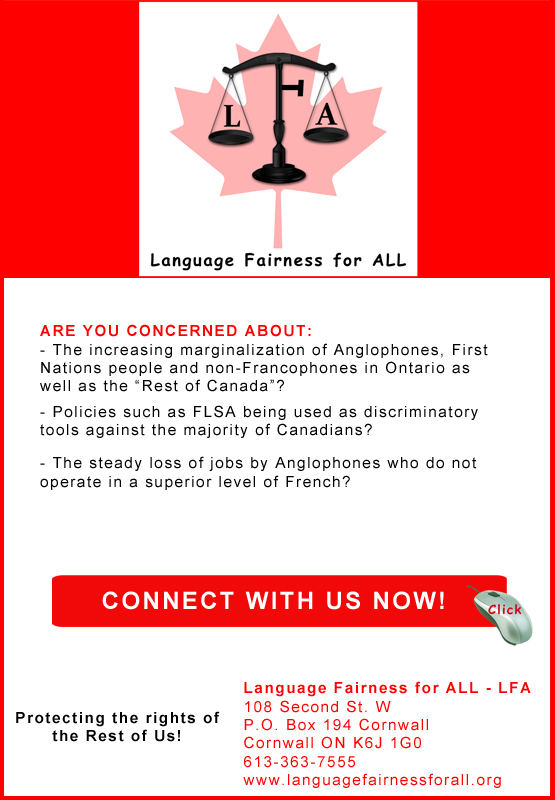 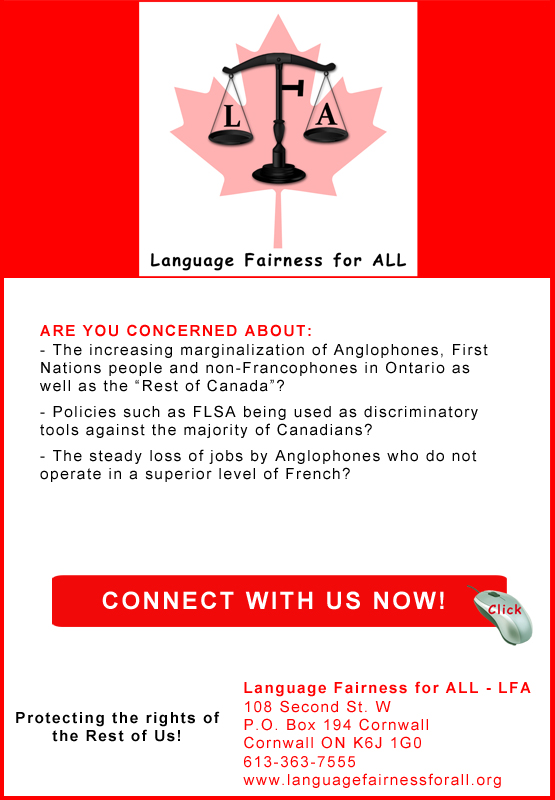 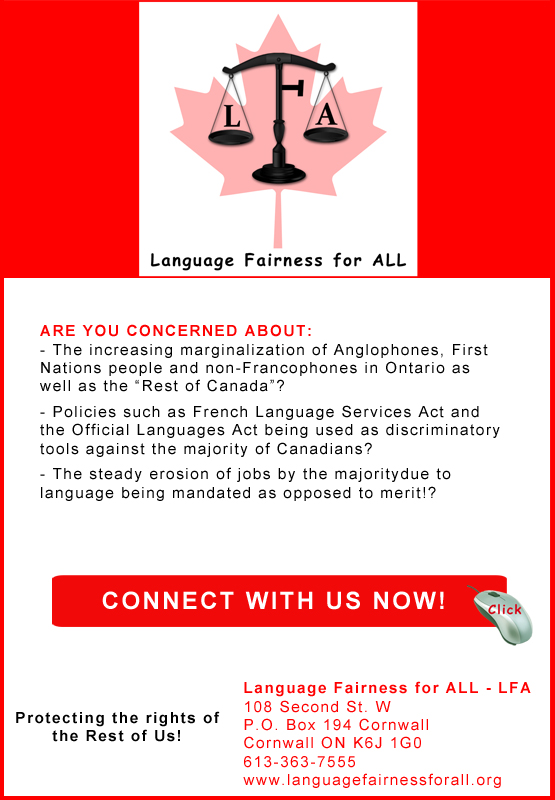 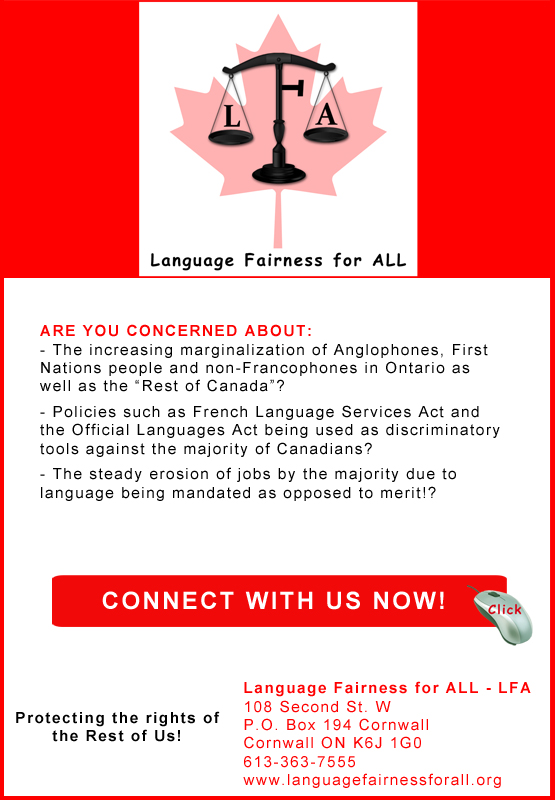 Our Philosophy:  English is the working language of Canada and much of the world. A grasp of ALL other languages should be considered an asset, but not mandatory. People are equal, but languages are not.

Our Mission Statement:  Fair hiring practices for ALL Canadians through representation by population.

Click to view some news items pertaining to LFA:
Freedom of Expression:  Out of Order in South Glengarry – January 11, 2013

What does Francoresponsable Mean? – November 7, 2012

Another Linguistic Victim unable to work in her field due to language tyrany – October 25, 2012

Letter to the Editor exposes Official Bilingualism and the FLSA as an undemocratic sham – August 22, 2012

Taking it to the Supreme Court:  Battle over Language Rights kicked up a few Notches – August 13, 2012

Language Battles Heating Up in Canada – Does Canada Need a Referendum? – June 22, 2012

Where will South Stormont Put its $30K – Nurse Protest/Petition moves to MPP Jim McDonell’s office – May 23, 2012

Getting a Handle on the CCH Bilingual Nurse Protest – March 22, 2012

Click to read about some politicians willing to take a stand:
Letter to the Editor:  S. Stormont Deputy Mayor Tammy Hart breaks with MP Guy Lauzon over Bilingual Funding – May 8, 2012