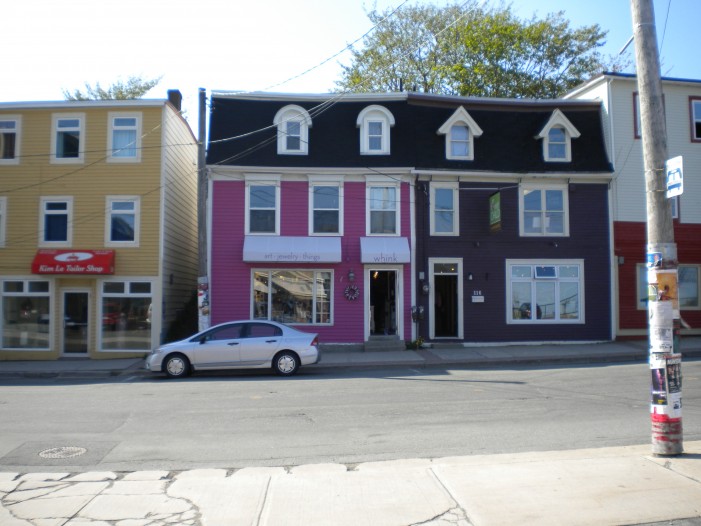 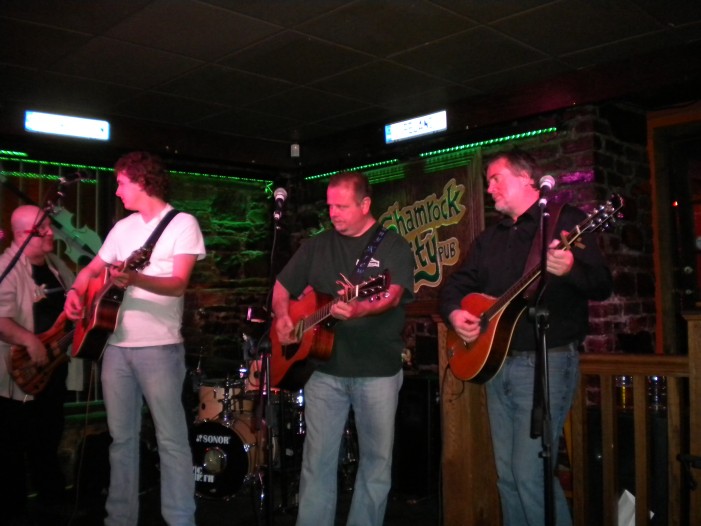 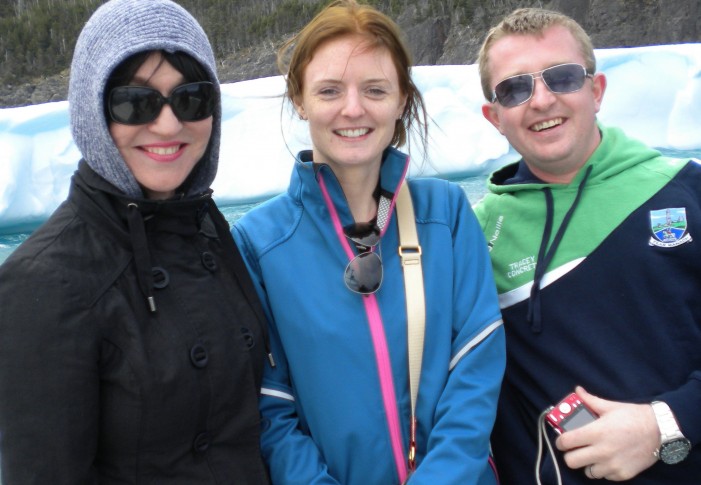 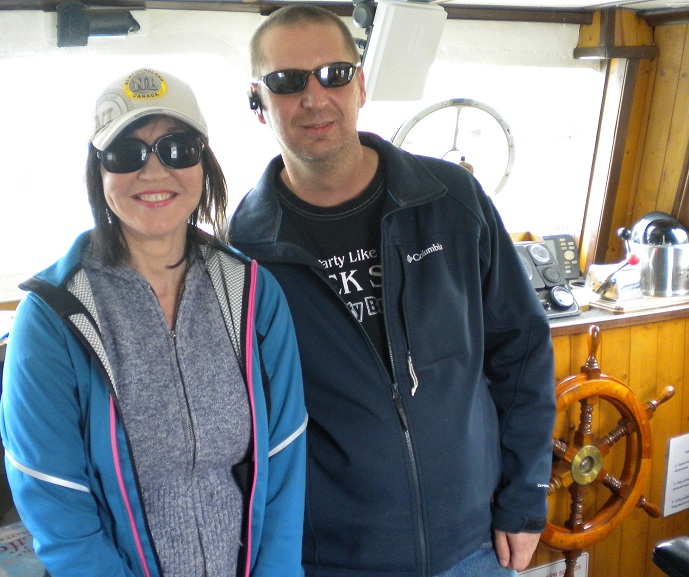 CFN – Welcome to Newfoundland – the wildly beautiful, slightly eccentric maritime province. Popsicle colored houses, in bright pinks, purples, yellows, set in craggy cliffs overlooking the sea. Friendly people with strong Irish accents, icebergs, the size of small islands, floating just outside the harbor. All of this, I found, just outside my hotel when I was finally able to scratch off my “bucket list trip to Newfoundland” this past Victoria Day long weekend. The first thing you notice about St. John’s is the similarity to Ireland. But you don’t have to go all the way to Ireland to get a taste of the Irish. Irish music is everywhere in St. John’s – in all the pubs. I discovered a treasure of an Irish band – Kilkenny Krew at one of the local haunts called Shamrock City on George Street. Blaine Lambe is the only original founding member of Kilkenny Krew, the rousing celtic band from St. Johns, Newfoundland. Born and raised a Newfie, Blaine sings and plays guitar along with the other members of the band.

“Newfoundlanders take care of each other”,

explains Blaine on why Newfies have the reputation for being so hospitable.

“We do things without expecting anything back, “ he adds.

Kilkenny Krew does get something back from the music they play, die hard fans, like this main lander. It’s hard to find a more down to earth people than the Newfies. They smile at you … on the street, like it’s a natural, normal thing to do. Celebrity curler Jamie Korab, from Harbour Grace, thought nothing of a perfect stranger, me, approaching him in the bar. Jamie was the lead curler on the men’s winter Olympic curling team in Turin in 2008. The team did newfoundland proud by winning a gold medal. I wanted to shake his hand and I did just that. A whale watching trip is de rigeur on any Newfoundland bucket list trip. My last whale watching trip in the Halifax harbor ended in disappointment, as not a single whale had been spied. I recall straining my eyes on the horizon as the tour guide pointed in the distance to what he described as a whale. Squinting hard, I mustered the power of suggestion to manifest a whale from a fleeting speck in the water.

I could now return home with the memory that I had seen a whale, when in fact I probably hadn’t.

Newfoundland was going to be different, I was determined to see whales. I heard that whales were everywhere, all the time, so it would be relatively simple to have my dream come true. My call to the whale tour was returned so that was a good sign. Not long into the conversation, though, I learned that I would be going on a 2 hour iceberg watching trip.

There were no whales …. yet, I would have to wait until the summer. It was an iceberg tour or nothing. Icebergs made me a little nervous. Looking for reassurance, I asked the captain if this trip might turn into a titanic reenactment, after all the titanic sunk not far from Newfoundland. The Titanic was invincible and it sunk because of an iceberg …. our little boat came with no such promise. Not missing a beat, the captain assured me that he absolutely refuses to allow James Cameron on board his vessel. That was all I needed to hear and I immediately signed up to see icebergs.

The wind was chilly and the sea was rough as we set off on the iceberg hunt. The sea air was cold, forcing us to spend the first hour below deck, with the captain. Up and down the boat went, until some of the less sea faring passengers had to lock themselves in the washrooms for the duration of the trip. On a sea trip it’s a good idea to bring some gravol along. The icebergs were amazing, blue and white and the captain explained how they drop off from the ice in Greenland and float over to Newfoundland.

According to the captain, iceberg ice is great for hot summer days for cooling drinks. It’s very compressed and takes longer to melt. Icebergs aren’t the only amazing experience in Newfoundland. The Newfie men! Sigh! Great place to be for single ladies, especially single unescorted ladies like me. No man shortage there. I was treated to dinner, drinks and even my new cd, during my visit. Men’s wallets were coming out right, left and center to cover my whimsies. And doors were opened all the time.

So my thanks to all you gentlemen of Newfoundland for showing me such a wonderful time.