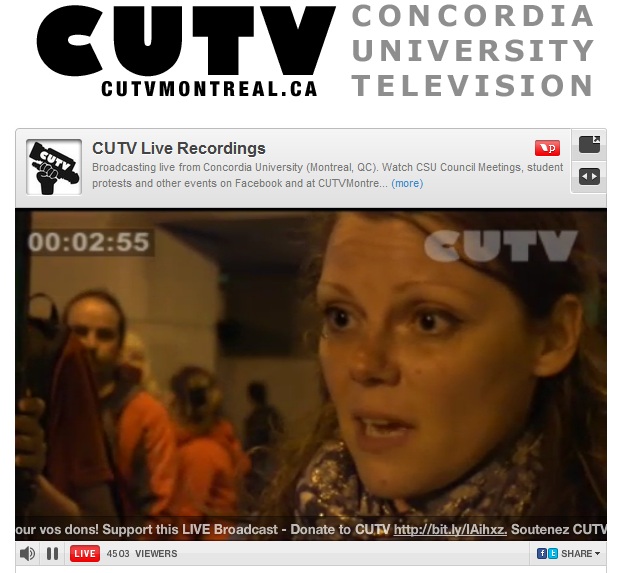 Searching for Compromise is getting more difficult

Has the word compromise disappeared from our public discourse? Has there been any compromise in the Quebec Students Strike? Over the past few weeks, a number of well-known reporters have written excellent articles that examine various aspects of the students strike from looking deeply into the excitement of it all to delving into the inappropriate expressions of tantrum behaviour, in some cases. Perhaps midst all the clatter and media hype they have something to say about where we are all going as a society.

Surely just searching for the word compromise should not be too difficult. Reading a number of stories on this issue I examined innumerable individual citizens’ comments following several articles. By week’s end I had read 2,334 comments looking, searching for this illusive word compromise. Yet, it is nowhere to be found. No, not once did I find this word in any of the comments that I read.

Perhaps and this is just a hypothesis that Quebec Students are borrowing a page from the political manual that is used by Conservative MP`s in Ottawa. In Ottawa it appears increasingly evident that in the Conservatives manual on political gamesmanship the word compromise has been redacted and eliminated from their political vocabulary.

Perhaps, this non-functional approach does fit into a certain grove where an increasing number of Canadians ever so slowly also begin to eliminate this very functional tool of social cohesion from their vocabulary, especially as this applies to politics. This can easily lead to a need for simple black and white clichés. These clichés often expressed in just one line such as… if you do the crime you serve the time… can somewhat easily focus in on some of the dilemmas at hand. Yet our forefathers did not resort to one-line clichés in their many fruitful endeavours that resulted in our Canadian Nation moving forward.

Rather, trying to move forward without compromise and defaulting to just the cliché is, we could say, the very opposite of an all-round comprehensive approach that could more easily produce much better results. Arnold Schwarzenegger, a very well noted Republican Conservative adamantly expressed just a few weeks ago…that Conservatives seem in far too many situations wanting to press forward with an ideology that is divorced from reality. He cited the example that President Reagan, the very conservative President Reagan did lower taxes whenever appropriate; yet, he also increased taxes when it became necessary. All too often, Conservatives are wanting their ideology to override the reality of common sense and at the same time fully redact and eliminate the word compromise from their vocabulary. Perhaps, just perhaps, the students are beginning to follow these Conservative footprints on the ground…

Letter to the Editor- Montreal Student Strike – Searching for Compromise is Getting More Difficult added by admin on June 17, 2012
View all posts by admin →