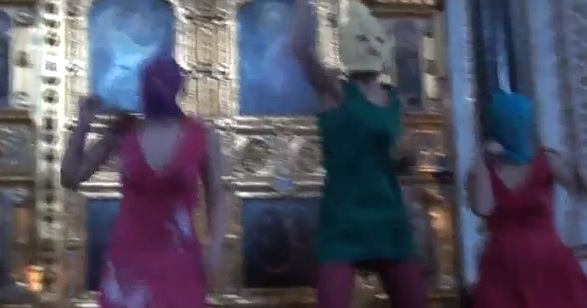 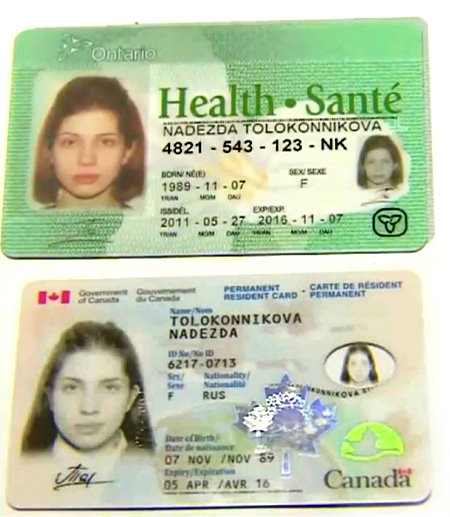 CFN–  These are the lyrics that have landed three women in jail, charged with Hooliganism,and possibly going away for three years!

Black robe, golden epaulettes
All parishioners are crawling and bowing
The ghost of freedom is in heaven
Gay pride sent to Siberia in chains

Church praises the rotten dictators
The cross-bearer procession of black limousines
In school you are going to meet with a teacher-preacher
Go to class – bring him money!

Patriarch Gundyaev believes in Putin
Bitch, you better believed in God
Belt of the Virgin is no substitute for mass-meetings
In protest of our Ever-Virgin Mary!

Defo not McCartney & Lennon or even Lenin, but imagine being locked away for words?   For up to seven years.   I mean Holy George Carlin!  Not even his Seven Dirty Words would get that kind of sentence in most of the world, but that’s exactly happening in Russia with world wide out rage at the treatment of the Pussy Riot girls.

The funniest thing is that if not for the charge would anyone even know about Pussy Riot?  But that’s what happens in Totalitarian states and something the world should have concern for in this day and age where our freedoms ebb away from us all.

While over 30 people were originally charged officials in Russia settled on the three women for a show case.  The women were denied bail and have been held in court.

Now it turns out that there may be a Canadian spin to this story.   One of the defendents, Nadezhda Tolokonnikova, is featured in a National Post story today.   LINK

“We have a woman who has been held in prison for months on end, sleep deprived and denied contact with her family,” said Ms. Kirbie, whose roots can be traced back to Russia. “If this woman is a permanent resident of Canada, doesn’t the federal government have a moral obligation, if not a legal one, to find out more about what’s going and potentially help this woman?” So CFN viewers does Freedom of Speech have limits?  Should Russia let these women go free?   Did these women  violate or desecrate a church or is Mr. Putin and friends pulling a Guy Lauzon and being hyper sensitive about their corrupt behavior?   You can post your comments below.

The three women were given two year sentences today for Hooliganism motivated by Religious hatred!