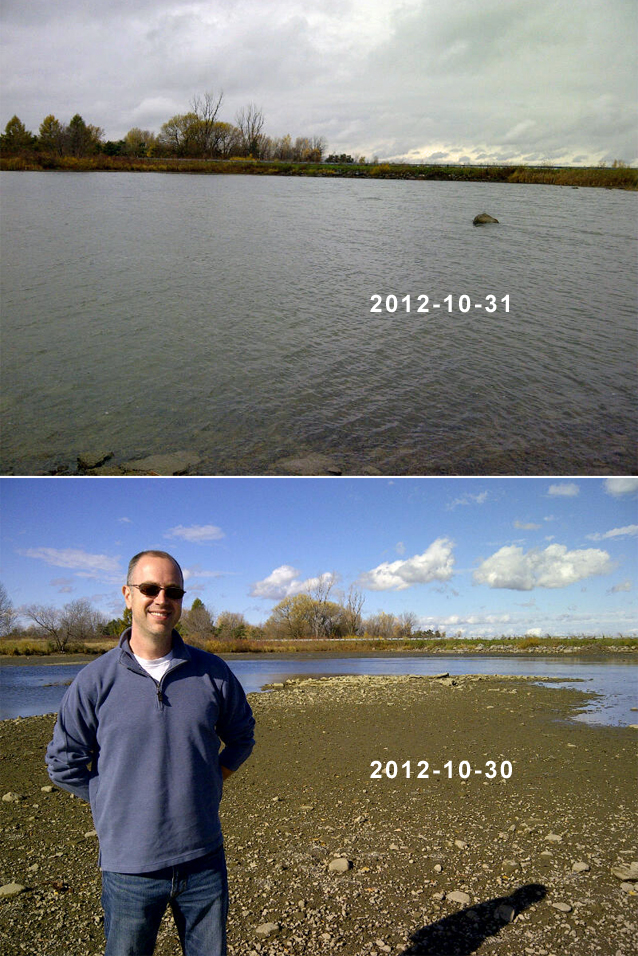 Bottom: Rev. Matthew Brunet standing at the site of Elliott's Texaco Service Station at the easterly outskirts of Lost Village of Dickinson's Landing. The foundation of the garage is in the background. Top: A day later the water level is much closer to normal. 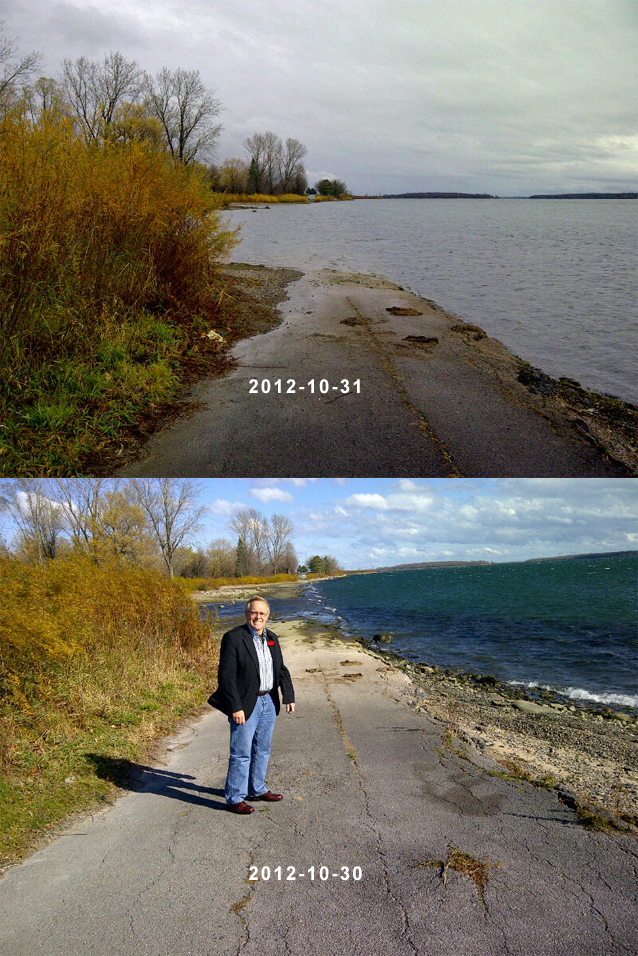 Bottom: Former M.P.P. and member of the Lost Vilages Historical Society Jim Brownell stands on old provincial Highway #2, at the site of the Long Sault Rapids. Top: A day later the water level was closer to normal with much less of the old highway visible. 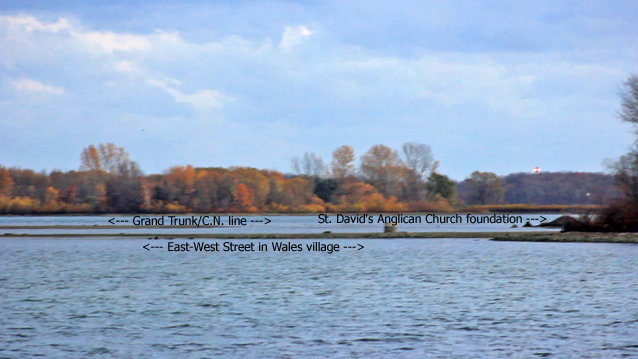 Parts of the Lost Village of Wales re-surfaced for a day or so. This photo was taken at the St. Lawrence Valley (Union) Cemetery, 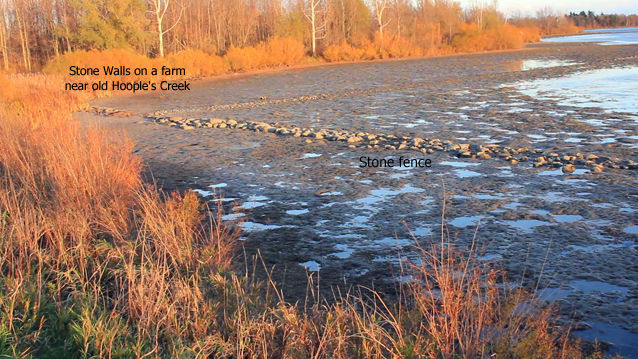 On October 30th low water levels at Hooples Bay revealed evidence of farm lost to the creation of the St. Lawrence Seaway. 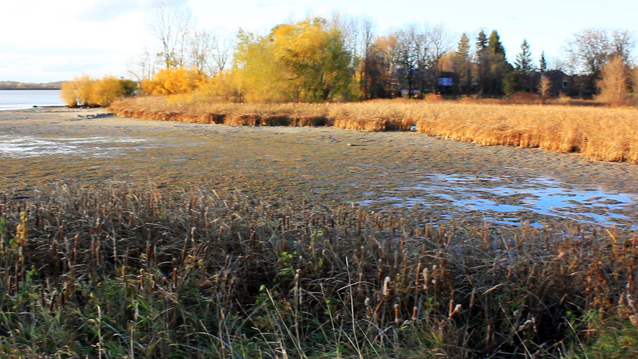 "I never saw the level that low before. It's unbelievable. You can almost walk across Hoople Bay." South Stormont Mayor Bryan McGills 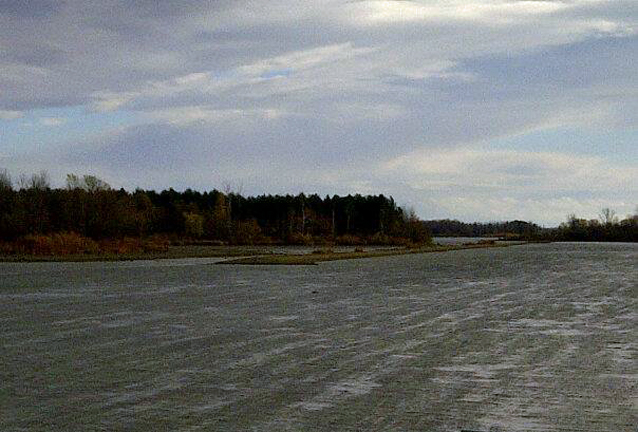 CFN – On Tuesday afternoon an intriguing social media post caught my eye.  Jim Brownell put up a few photos he shot earlier in the day while trekking with a buddy.  Presumably due to water levels in the lake being brought artificially low in anticipation of the high winds accompanying post-tropical storm Sandy, some long-submerged historical landmarks were once again above water.  In fact, some areas were so dry that they could be travelled upon by foot. Knowing full well the high level of existing interest in the Lost Villages that resulted from man-made flooding of once rural lands to tame the mighty St. Lawrence River for navigation and for hydro electricity, I quickly forwarded one of Jim’s pics to South Stormont Mayor Bryan McGillis, jokingly suggesting that a great tourism opportunity was right on his doorstep.  The mayor was quick to reply that he’d never seen the water level in Hooples Bay so low.

“I am sure the low water level is a flashback for many people in our community who were affected and displaced from the lost villages during the Seaway project. Many memories and stories remain in our hearts thanks to all the members of the Lost Villages Historical Society, and the many books that have been written over the years.” South Stormont Mayor Bryan McGillis

That did it; I couldn’t resist the temptation any longer.  Realizing that these opportunities do not present themselves very often and that the situation could quickly revert to normal, I grabbed cameras and tripod, and pointed the car west.  The view at Hooples Bay, St. Lawrence Valley Cemetery, the Long Sault-Ingleside Causeway as well as at points along #2 highway was a shutterbug’s dream.  Only the eventual setting of the sun was enough to send me back to Cornwall for a bite of supper and to continue the work temporarily put aside to take in the rare view.

Back at my computer, sorting it all out, Jim Brownell proved to be a great ally in identifying some of these landmarks and in providing some reference photos for this scribbler’s article.

With the bright sky, above-average temperatures after the storm and brilliant autumn colours, it was much too nice an afternoon to be indoors.

Enjoy a two minute video clip of the area.

If you, like me, have an interest in local history, and in the Lost Villages in particular, a visit or three to chat with the friendly and knowledgeable volunteers at the Lost Villages Museum is a short, and worthwhile journey to their complex on County Road 2 west of Cornwall.  You can also visit them online by following this link.