A Wikileaks Kind of Christmas by Dave White of Monkland Ontario 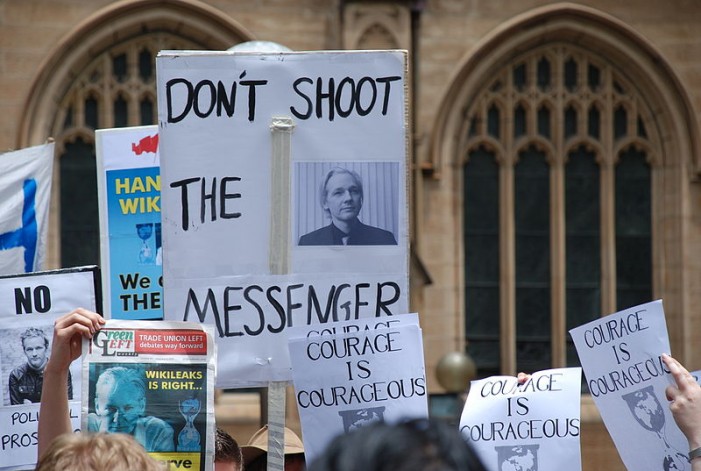 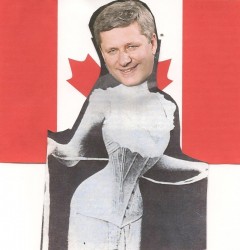 T’ were the weeks before Christmas and all though the land
Nothing was moving or e’ en getting done
McGuinty had left us
and parliament shut down
Thank God, say you people
He’s such a lying clown
He left us in shambles
High taxes and more
We now are spending millions
On money out the door
On plants that were promised
And then contracts withdrew
But we still have to pay them
And now we are screwed The Feds are still spending, yet recession again coming they say
The F-35’s will sooner or later be flying your way
Not 16 or 40 but e ‘en more billions well spent
McKay in his lying is still hell bent
On supplying his forces with the ‘best of the jets’
Yet not one is yet running or airborne as yet
Not suitable for Canada in our cold arctic clime
Can’t shoot down a duck and are not so invisible as once it was claimed
It’s nobody’s fault or so they do say Don’t blame it on me (Harper) or even Mckay!
The Parliamentary budget officer does not know his own way
Or so says Jim Flaherty to add to ‘his clarity’
It’s just your money of course, so thanks for the charity
I promised you a balanced budget or two in my days
But the world just went crazy
The Greeks and the Euro are now just so hazy
Can’t see into the future but looking back at his past
He doesn’t know his face from his ass
So what can I do? There’s no rhyme or just reason.
Seven years have gone by and I can not this season
Balance the budget or pay OAS to our elderly people or even our Vets
Getting older my friends has just gained more stress
We’re saving the money for the young people they say
Yet, their commercials on TV, propaganda some say
Is money well spend if you are a rich oiler or pipeline exec
To hell with the environment, to heck with the rest
He says it will help me and you and that he’ll put to the test
Even though it may bankrupt us and bring us all down
His friends out west are all shouting aloud
Knowing that Canada’s Economic Action Plan as seen ad nauseam on TV
Is disguised as a message from the Government of Canada. By gee!
But the truth is it’s the CPC’s message and is paid for by you and by me.
Our gas could be cheaper
But alas CAPP are running ads on pipelines and their benefits too
So ad nauseam, once more we will pay the grim reaper
You must pay your own way, we are not your keeper
You just know that the government is giving them tax relief
While the rest of us suffer in cold and in grief.
So now we are screwed and paying high prices and the pumps and in our homes
As Oil executives are reaping the reward of bonuses and high wages
And view us as mere Gnomes or just simple Pages

Or the government is selling the sands off to China
You gotta look deep, so they say in one liners
They now are our friends, 3 billion in China
We’ve made a promise to our Commie friends Harper says
So this is the last of the sell offs we pray
Yet ten years ago, he would not give them the time of the day
Oh, how he has changed. His promises broken
But just to please us, he has given us this token.
Just two more years and you will see
Your Canada will be forever changed from sea to sea.
We will not remember the day we once said.
Canada was a country that once was well led.
Now on to the world and that’s quite depressing
The nightly news is like a down dressing
The Syrians and Arabs and Jews are still fighting
Once brothers and family
No longer relying
On kinship or family or even humanity
As the world looks on this mid eastern insanity
The Egyptians once had their own Arab Spring
And now the Muslim brotherhood are having their fling
To destroy democracy and living in peace
Yes, they will conquer the whole human race
They are not violent but respect all of life
But that is if only you give them no strife
You must believe what their teachings do say
And do not as I do, but of what I will say
Death to all Christians and others and Jews
We only teach peace to only the few
Their Fatwas give them direction and guidance
Bring Sharai laws to all lands and a holy alliance
Jihad will bring justice and peace to the world
While twelve vestal virgins will be waiting
Or so they are told
To those who die bravely, to those who die bold
While western alliance send tanks to their world
To face armed guerrillas, outnumbered, unfurled
Like a sail on the ocean on a ship that is doomed
They see only glory for God and not the real gloom
Our sons and our daughters, our ambassadors too
Our press and our doctors and humanitarians too
Will also be dying while holding out their hand
For too many years of fighting we’ve spent on this sad land
It’s enough! Many say and so we must leave
So that all of our young ones in graves we may grieve
We hope that our efforts and teachings of freedom
Will not leave like us, will not then soon leave them
But give them hope, like the season upon us
To live in peace, to live and rejoice
To share our humanity, to share what we have
The greatest of gifts, is that of pure love.
Now looking at home, are we that much better?
With fiscal strife, without love for each other
The one percent not wanting to share
Not willing to blink, not wanting to care
Big corporate business to large to let flounder
The little guy stuck with the world on his shoulder
We had our spring and our protests too
To the streets we did take to get our just do
But at the end of the day, when our tents were let down
We returned to our homes and that’s were we found
We’re not that bad off
We’re warm and well kept
While those in far lands in cold tents once more slept
With no house nor home, even though they were humble
Where by wars and by strife brought down to mere rubble
So all my friends, to Christians and Muslims and Jews,
Those who are Buddhist, Hindus or just me and you
To all who have faith, to atheists too, to all who want peace
It’s not a death sentence, but rather a release
Of tensions that divide us, of wars that won’t cease
To Republicans and Democrats, to Canadian politicians too
Let’s sit down and talk peace and justice for all, it’s the thing we can do
It’s the season of just sharing
It’s time for all people to stop warring but caring
It’s nice to just hear
MERRY CHRISTMAS to all and a HAPPY NEW YEAR

Peace, Paix, Pax, Shalom, sholom, sholem, shoilem, shulem and in your language too
Dave White
Monkland
(Comments and opinions of Editorials, Letters to the Editor, and comments from readers are purely their own and don’t necessarily reflect those of the owners of this site, their staff, or sponsors.)

A Wikileaks Kind of Christmas by Dave White of Monkland Ontario added by admin on December 11, 2012
View all posts by admin →