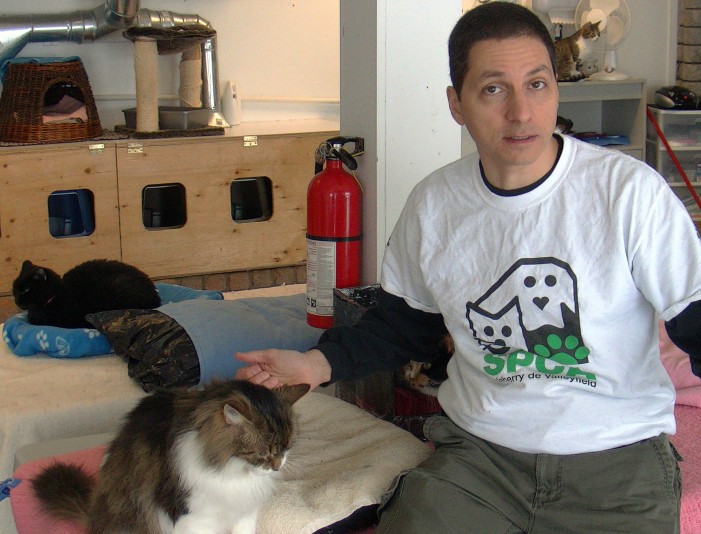 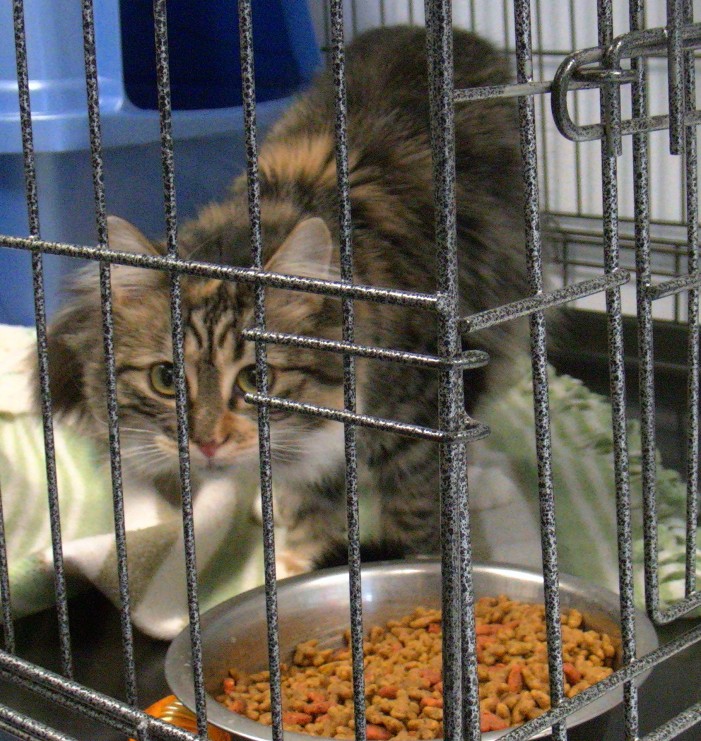 CFN –  So I’m reading Facebook and one of our local peeps is showing off her new cat that she got for free from the Valleyfield SPCA.  Apparently the SPCA was so overloaded with felines that it decided rather than euthanize them as so many other SPCA’s are forced to do they’d give them away to the public (via a scrutinization process of course)

I fell in love with this little fella! The shelter’s optimum feline capacity is about 100 at any time, but the holidays drove their population up to and over the 400 mark.  That’s when they decided to home cats for free which has drawn media coverage from all over and new homes for those that otherwise might have been put down.

The SPCA which is non profit, is the animal service provider for the City of Valleyfield and except in extreme cases is a no kill shelter.  One of the factors in the population rising as high as it did.  All of the cats are vaccinated  wormed and either fixed or a deposit is to be left until the animal is spayed or neutered.

Another looming issue is that of dogs who tend to be larger.  While they make cute puppies, a big dog can be a handful if not trained.  Pierre also shared about the generosity of vet Louise Lavalee who services the shelter and helps make its success possible, and Royal Canin pet food who help feed the shelter.

You can check out the Valleyfield SPCA on Facebook.