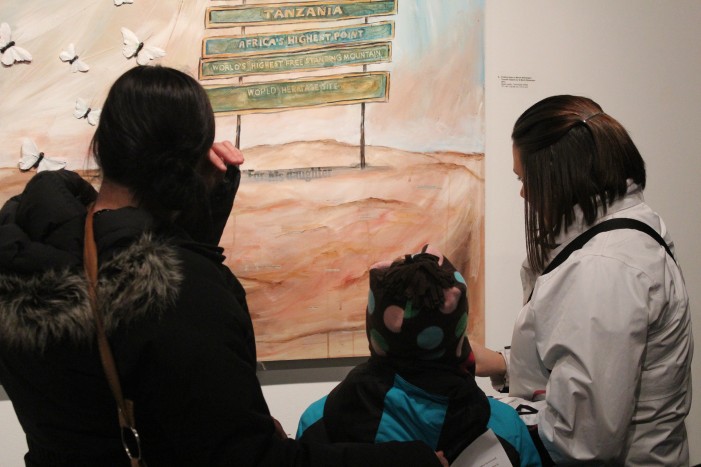 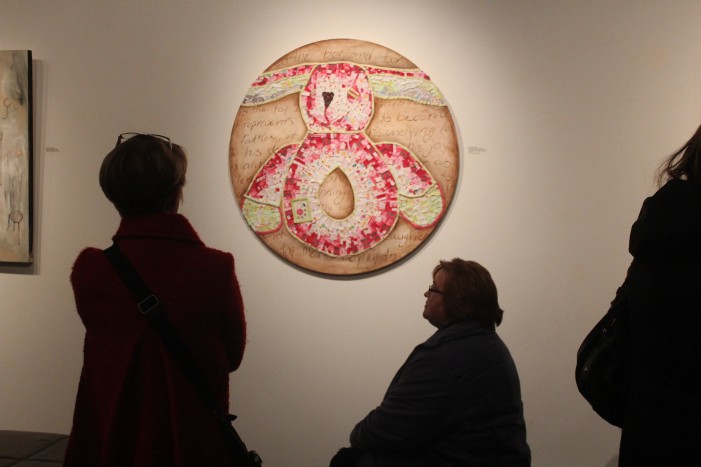 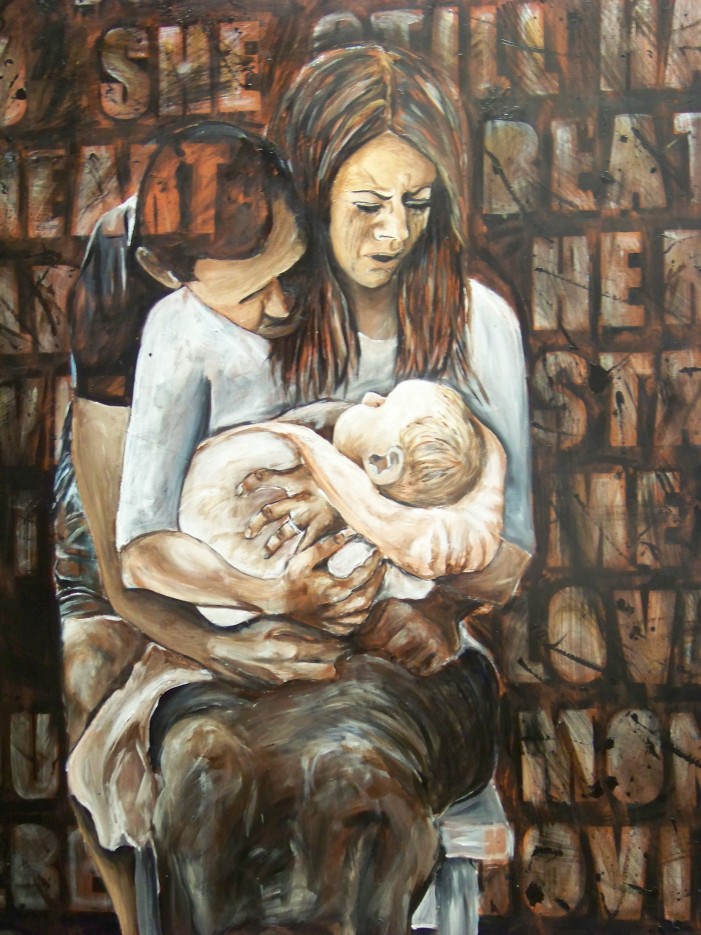 CFN – More than150 people packed the Cornwall Art Gallery last night. Yet for many of us, the sound of their mingling was immediately muted by the almost audible lamentations Renée Lalande’s paintings evoke. In fact within seconds after stepping through the door, it was as if there were only three people in the gallery: a mother, a father and their infant daughter, Jovie, who died at the tender age of five months, one year ago to the day. Ms. Lalande explains that the colours used in the nine large acrylic and mixed media artworks – dark umbers, reds and blues – were initially chosen to express the raw emotion: “I was just so angry,” she says. And to the discerning eye, it is evident.  The brush stokes – especially those used for rendering Jovie in her coffin – are hurried and rough.  But these give way to softer, more detailed strokes and colours especially by the time Renée completes the painting of her husband Ian (preparing for his tribute climb of Mount Kilimanjaro) only days before last night’s opening. There are a number of symbolic components within the paintings, from butterflies to birds, words, and empty nests.  Taken altogether, they communicate the thoughtfulness and tenderness of a mother’s love. But Renée explains that among the realizations she came to as a mother, a schoolteacher and artist, is that dealing with and tackling the subject of death is somewhat taboo. She says she felt pressured, by some – by society – to just “move on.”

“I understand it makes some people uncomfortable,” she says.  “But in my isolation I was able to turn to art, something I had put aside just balancing the everyday demands of life, like work and home.”

Renée is very confident about the importance of establishing and maintaining balance, and is thankful for the special kind of support she received from other artists who seem to understand that Jovie as “inspiration” has value, and helps keep her memory alive. Good for them.  And good for you, Renée.

The exhibition at TAG runs to March 15th.

(TAG did not participate in this story)