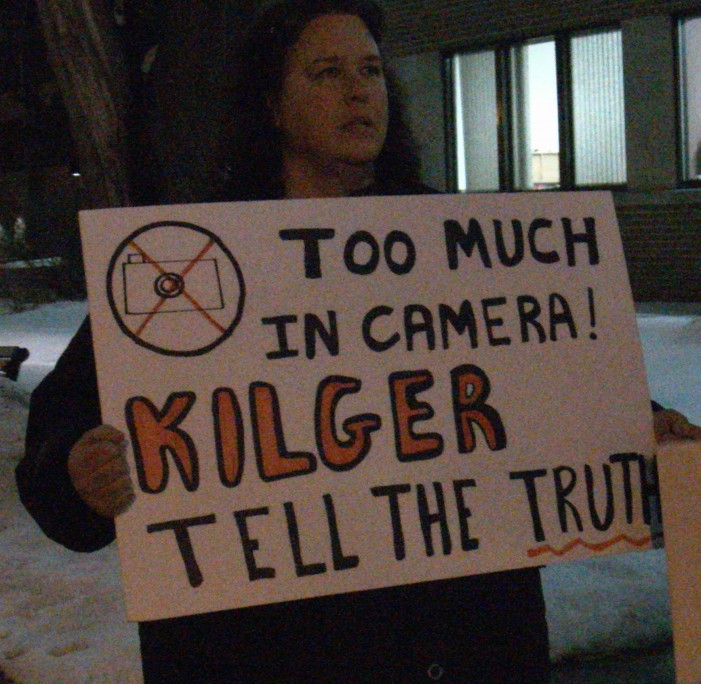 CFN – Does being a city Councilor in Cornwall give you some sort of immunity from the law?    This is the question being asked by many in Cornwall Ontario after he moved and damaged protest signs.

Protesters and this writer himself witnessed the councilor fold and bend signs that were removed after from outside the council chambers. As of 2:05 PM the Councilor has still not been charged and we have been told there is an ongoing investigation.   One of those the filed against Mr. Gardiner emailed us this:

Interestingly enough the cop I talked to said she would decide if charges would be laid after she got his side of the story. I told her I want the full extent of the law.I just left her a voice mail & hope to hear back from her tonight when she returns to work. i am willing to get a lawyer if necessary.

What is the hesitation to charge?  Does that mean we can all go and key Mr. Gardiner’s car with no penalty?   Mr. Gardiner damaged private property in the door way of council!   What is the purpose of laws and police when we allow someone to behave like this?
You can vote on more than one selection.
poll by twiigs.com