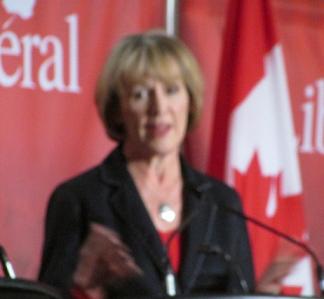 With all due respect to local hard-workin’ media, I think we all need to look a little beyond our regional and personal bias and start thinking of what’s good for all Canadians.  It seems the pundits believe the public is naive enough to think that /Liberal supporters’ will elect Justin on the basis of cameo spots that glorify his star power and good looks.   Meanwhile, mainstream media seems absent of any discussion of issue, or judicious comparison of candidates.  They would like you to think it’s all about who the biggest fundraiser is.

It was policy and Pierre Elliott Trudeau’s depth to challenge the Status Quo that elevated him to super star status.  He generated a lot of news and earned his respect as Lester B. Pearson’s Minister of Justice and Parliamentary Secretary. The media loved him as they do his son today; however, the media landscape has changed substantially. The media in the days of P.E.T discussed policy.  Small town editors openly debated the issues.  Not so anymore!

Justin is a smart guy and means well but a ‘PM in waiting’ if I ever saw one. If we elect him now we could potentially push a great leader out into the fray way too early.  Give Justin a ministry under the wing of Joyce Murray. Give him time to learn the ropes of a ministerial capacity, like his father did,  and let Joyce and Debra be his support/back-up, . Let him take the time to learn the ropes just like his dad.. At least we can give him that.

In the meantime, Justin Trudeau (PM in waiting 2022) based in the East and Joyce Murray (PM 2014-2022) in the West work it to bring out the vote, build the party, and govern strong.

After all, this is all to decide the next leader of the Liberal party. He or she could very well be the next Prime Minister and local media and big media isn’t covering it. If we let the corporate media decide what information the public receives it will certainly be a crowning of Justin for all the wrong reasons and also a crowning for opposition leader in 2015.

Who is the media not telling you about?   That would be Joyce Murray. Check out her bio. on wiki:http://en.wikipedia.org/wiki/Joyce_Murray  to see where she comes from and what she’s done….it’s unbelievably impressive!  And then if you have any doubt about the legitimacy of her campaign check out her http://www.joycemurray.ca page for what she plans to do for Canada.

As a small business owner and big time community development guy I see Joyce’s campaign as the only comprehensive, integrated, and inclusive program out there bar none. Not only will she connect with young people, she has significant resonance with women and seniors….the list of notable individuals lining up to support her is indicative of their respect for her ability to get the right things done.

Joyce has a plan, she’s prepared, organized and ready to put the Liberal engine into gear and give sense and sustainability to our community. ..I feel better knowing that Joyce would be in the room with all that is to be done on Parliament Hill and anywhere else the PM needs to go,G8  or Kyoto for example.  I trust Joyce to be capable of not only standing up to tough negotiators and skilled players on the national and international scene but bringing her solid experience and insight to the table.

I challenge anyone to seriously compare any of the candidates with Joyce….Joyce is not one of those politicians that develops policy on the fly while maintaining a firm grasp on the pulse of public trend. Joyce lives and breathes her policy.  Her policies have been well known when she first became a liberal candidate in 1999 and was advocating a ‘sustainable community’ back when the idea was nowhere near the halls of opportunity. Progressive leaders around the world today are embracing the ideals of a sustainability community and if we’re lucky we’ll get to trade with them.    Joyce will unite the progressive vote, the women’s vote out, and many of the seniors…and there is an excellent chance she will bite a big chunk out of the Tories strong hold in Alberta and B.C. And if applause at the debates are any indication, franco-phones will love her too. Check out the list of supporters who believe in Joyce’s vision of where Canada could be and how we’ll get there…if Canada wants a star I think it’ll be Joyce Murray http://www.joycemurray.ca

What big media doesn’t get is that with Trudeau in the trenches of a ministry and Murray in the P.M.’s Office you can bet there would be lots to capture the minds of Canadian citizens…interest in the media would be peaked just like it was in the Trudeau years.

LTE Brian Lessard of Cornwall Ontario on Joyce Murray – Most Media Missin’ The Boat added by admin on February 26, 2013
View all posts by admin →