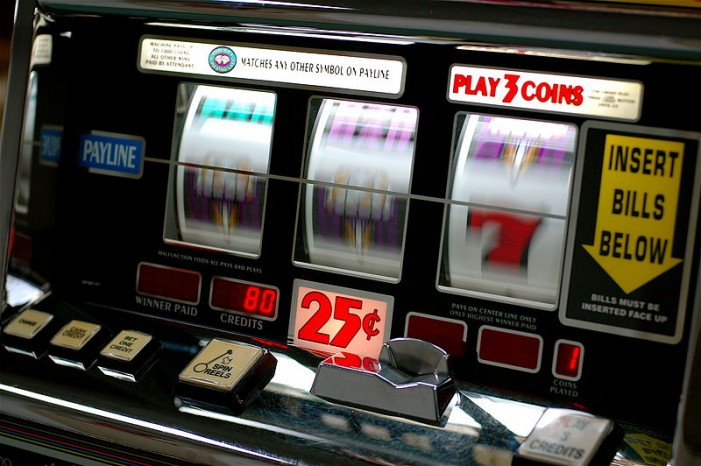 CFN –  The Tweets are fast and furious as many across Ontario are upset at the Province seeming to give Toronto, the centre of the Universe, at least to Torontonians (many of whom are former Montrealer’s)

Our Preme Kathleen Wynne is in damage control and issued the following statement below.

“The Ontario Lottery and Gaming Corporation (OLG) is in the midst of exploring additional opportunities for casinos in Ontario. Some news stories today are suggesting that Toronto is going to get a special deal, with regard to hosting fees.

In light of these stories, I would like to reiterate the new Ontario government’s expectations as to what will happen with casino expansion.

First off, there will be no special deal for Toronto in connection with any proposed casino development. The approach OLG is taking in Toronto with regard to hosting fees will be the same as the approach being used in other parts of Ontario. The hosting fee for Toronto would reflect the size and scale that global gaming companies have confirmed is possible in the city. If the same capital investment and job potential are possible elsewhere, the same hosting fees would be generated.

While a lot of attention has been focused on Toronto, OLG is intent on expanding casino opportunities to a number of regions in Ontario. The underserved markets of North Bay, Kenora, Collingwood-Wasaga Beach and Belleville-Quinte, are currently being considered for development.

My government will ensure that all regions of the province will benefit from OLG modernization.”

Gambling is a cash cow for the governments all over.   The sin taxes, booze, gambling, comfy socks, help create huge masses of cash; sucked out of local economies so that they can be flooded back to party cronies.

The approach OLG is taking in Toronto with regard to hosting fees will be the same as the approach being used in other parts of Ontario.

Someone gets paid a lot of money to come up with porkies like that one.  Of course there is no other part of Ontario or Canada as large as Toronto.    Torontonians have to drive to Niagara Falls and other parts to gamble.  Imagine if the locals and tourists can just hang out in TO?

Does Ontario really need extra casinos?  Do they need any?  Are casinos good or bad for economies?   Those questions are for more learned people than this scribbler.

I’m not sure if I’m incensed at no cities being named east of Belleville or that the Province wants to leech that much cash from mostly bored seniors?   And if they really want to go after bored Seniors surely they should be building one in Cornwall where they can leetch  degenerate gamblers from Montreal and other parts of Quebec? Some days I wish I was a farmer….

My government will ensure that all regions of the province will benefit from OLG modernization.

That line is a killer.   Does modernization involve human grade lubricants?

Kathleen Wynne Doubles Down on Double Speak Over Toronto Casino Fees – Does Ontario Need More Casinos? added by admin on March 15, 2013
View all posts by admin →