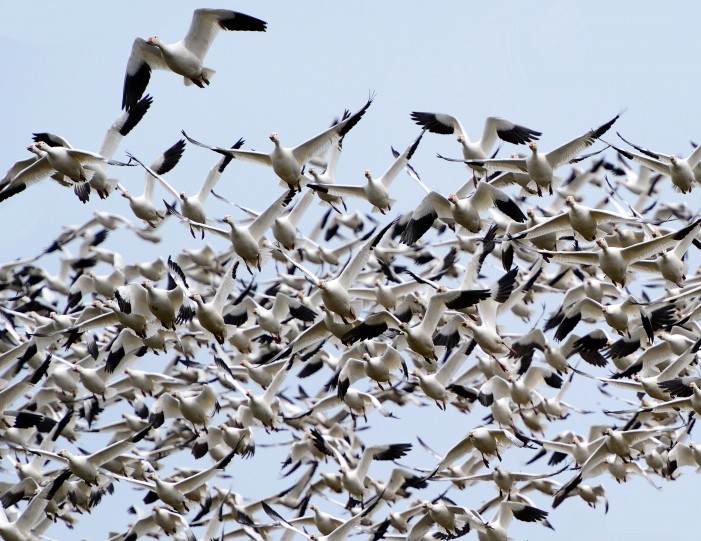 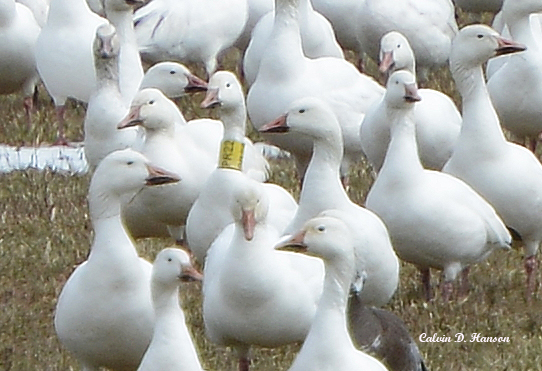 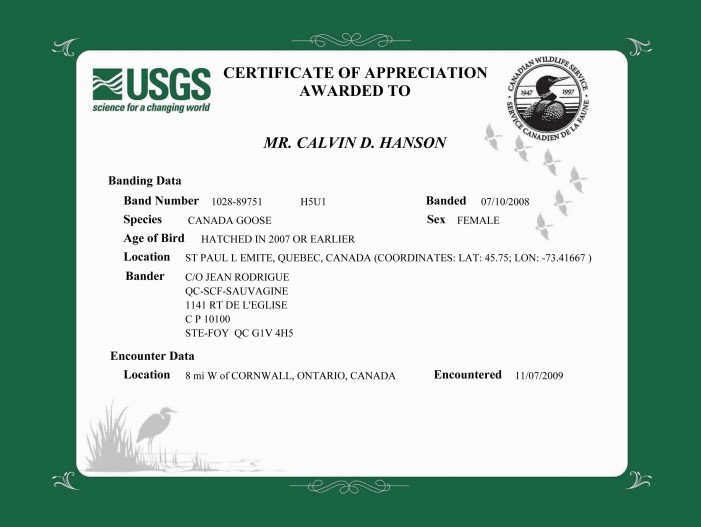 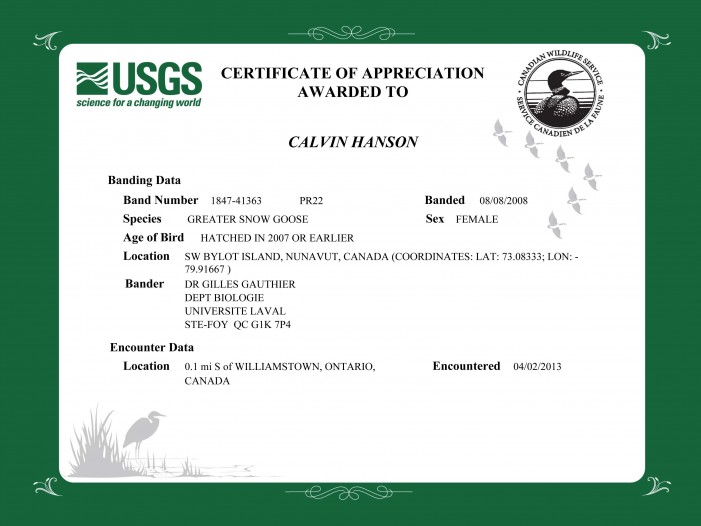 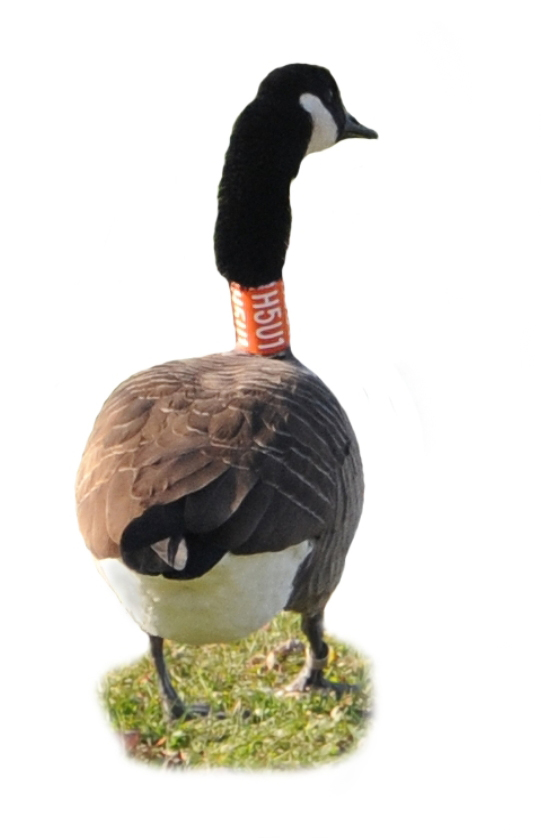 Interestingly, one of the snow geese in the flock had a yellow neck collar with a character code consisting of four black digits “PR22”.  Spotting this particular snow goose with the neck collar among what appeared to be thousands of other snow geese was pure luck – it was like finding a needle in a haystack. I reported the sighting to the Bird Banding Office, and within 24 hours they provided a Certificate of Appreciation, which confirmed and identified the bird as follows:

The following message arrived with the Certificates of Appreciation:

Bird banding is important for studying the movement, survival and behavior of birds. About 60 million birds representing hundreds of species have been banded in North America since 1904.  About 4 million bands have been recovered and reported.

The North American Bird Banding Program is under the general direction of the U.S. Geological Survey and the Canadian Wildlife Service.  Cooperators include the U.S. Fish and Wildlife Service, Mexico’s National Commission for the Knowledge and Use of Biodiversity and Secretary of the Environment and Natural Resources; other federal, state and provincial conservation agencies; universities; amateur ornithologists; bird observatories; nature centers; nongovernmental organizations such as Ducks Unlimited and the National Audubon Society; environmental consulting firms and other private sector businesses.  However, the most important partner in this cooperative venture is you, the person who voluntarily reported a recovered band.  Thank you for your help.

How Far Fly the Geese? Cornwall Ontario Photographer Calvin Hanson Found Out! April 6, 2013 added by admin on April 6, 2013
View all posts by admin →