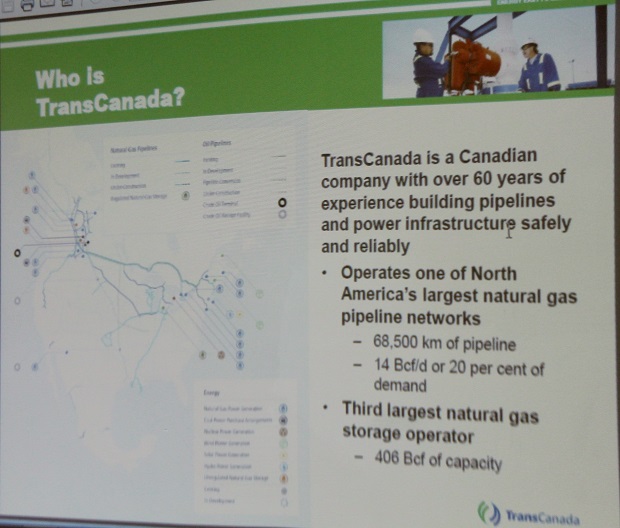 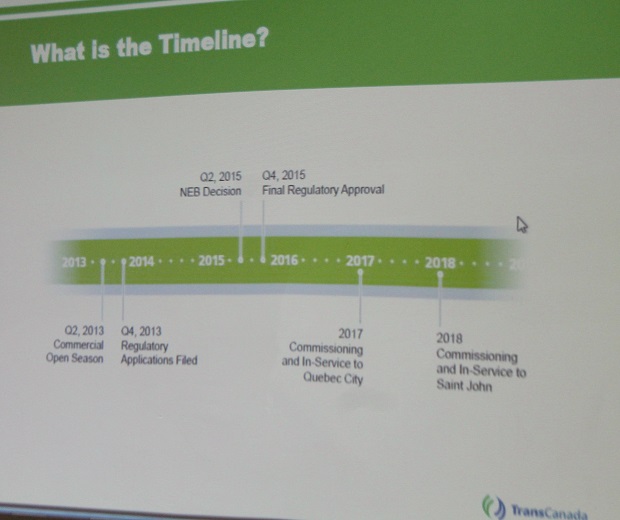 CFN – Last night representatives of TransCanada Pipelines were present at the Township Council meeting to provide information on the proposed Energy East Pipeline Project which may be going through South Stormont. This was a preliminary information session to start the long process for the approval and construction of the west to east oil pipeline which will stretch from Alberta to New Brunswick. TransCanada had an outline of their project, covering everything from the benefits and timelines to environmental concerns, safety and consultations.

Currently in the beginning of the consultation phase, the project still has to get the approval of the National Energy Board. The projected timeline for NEB approval is April 2015 and completion of the project in 2018. Further consultation is planned take place in Morrisburg and the date will be advertised in local media once scheduled.

More information on TransCanada and the Energy East Pipeline Project can be found on their website.

TransCanada Pitches Pipeline to South Stormont by Reg Coffey added by admin on June 27, 2013
View all posts by admin →