Goalie Loic Lacasse Wins LNAH First Star of the Week – Did you buy your River Kings tickets yet? 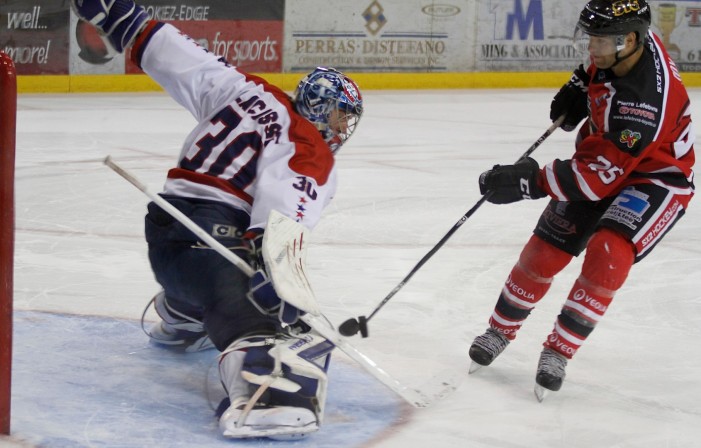 On Tuesday, the River Kings star goaltender was named the LNAH’s first star of the week.

Lacasse was outstanding in Cornwall’s 2-1 shootout victory over Sorel-Tracy on Sunday, stopping 47-of-48 shots in regulation and overtime. He was unbeatable in the shootout, turning aside all three shooters he faced.

He was tagged with a 4-3 loss on Friday night in Thetford-Mines. Still, he finished the weekend with a 1-1 record, 2.43 goals against average and .941 save percentage.

Goalie Loic Lacasse Wins LNAH First Star of the Week – Did you buy your River Kings tickets yet? added by admin on November 5, 2013
View all posts by admin →