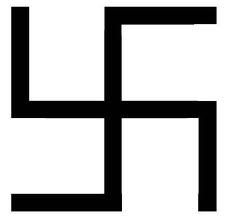 CFN – Journalism is a funny business.   At the heart of it is the act of informing the public of news in the community.   Deeper it’s about holding people accountable for the community.   It’s serving the community from helping find lost dogs to exposing scandals.

February will mark my fifth anniversary working in journalism and frankly it’s been an education in the hypocrisy of the very industry I now work in and human nature.

Recently we exposed a situation involving Swastikas at  CCVS, an Upper Canada District School Board high school.   Chiefly how Principal Patricia Brown left them up after two phone calls and one visit from a person who lost family in the Holocaust.

The school recently brought in a speaker; Eva Olsson, a survivor herself to speak to the students; but why this event wasn’t covered by The Cornwall Daily or the local Corus owned radio stations.    For some reason they decided to not share what led to Ms Olsson’s speaking.

Some jaded people might think it could be related to the large amount of money that the UCDSB spends with Corus radio?

In today’s Cornwall Daily Eric Spence is reporting on Swastikas in the Upper Canada Bird Sanctuary.

I guess they don’t buy much radio time….

David Thomas of the UCDSB

If a community doesn’t “know” something how can they talk about it or take action?   When you see media lay down and not cover stories because of advertising pressure have they impeached themselves?

Likewise if a media outlet is “punished” for publishing the truth what message does that send to the community?  How can we preach to kids not to bully when our very institutions are bullied by government and corporations large and small?

For two years now for example CFN and some of its client, interns, and contractors have been systematically bullied.   It’s a bad TV movie on some days; but clearly this swastika issue is a micro snapshot of the overall situation.

When you look at the makeup of the UCDSB board; zero diversity; no board members or executives a visible minority.   Listening to Mr. Thomas talk about our First Nation’s neighbors success at his school while not having a First Nations member of his board and watching the front row watching Ms Olsson speak this week the one question that was running through my mind was.

Did she realize that she was most likely being used by the school board to cover up some of the same attitudes that led to her speaking on this cold day in Cornwall Ontario.

The Standard Freeholder (a Sun newspaper) covered her speech without a word about why she was speaking; ie what led to her speaking that occurred at the high school.

If we do not learn from the lessons of history we are doomed to repeat them.   Hate starts with fear and indifference; from ignorance.   Surely if we in the media play footsie with facts we are culprit to helping the evils that exist in our societies.

It’s great that Eric Spence and The Cornwall Daily reported on Swastikas in the Bird Sanctuary.   But why didn’t they report on Swastikas at CCVS?

It’s your turn viewers; feel free to post your comments below.

More Swastikas in the Cornwall Ontario Area – Why Did Corus Radio Cornwall Daily Report on those and not at CCVS? added by admin on November 15, 2013
View all posts by admin →

26 Responses to "More Swastikas in the Cornwall Ontario Area – Why Did Corus Radio Cornwall Daily Report on those and not at CCVS?"