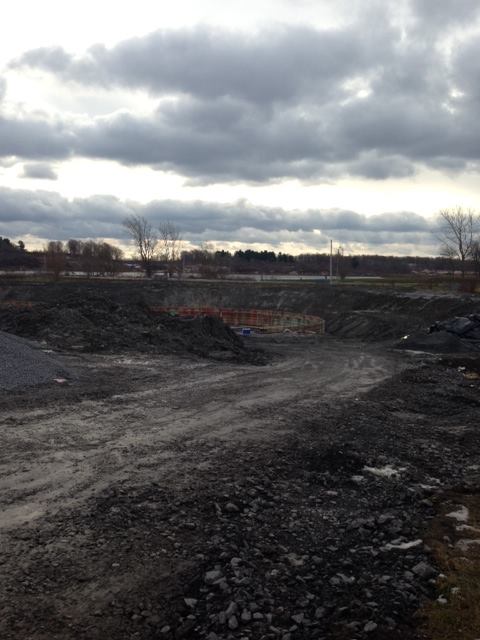 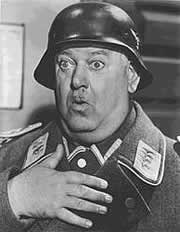 Cornwall Ontario – Hmm…how to gentrify a former industrial city with a stunningly beautiful waterfront…. a) build luxury condos?  b)  build lovely green spaces for the community to enjoy?  c) lease out lands to a firm that will plunk a chemical tank or two after the property had been cleaned up at taxpayer expense to remove oil tanks?

If you’re the Federal government of Canada apparently the choice is c)  which has many in the lovely city of Cornwall Ontario up in arms and ready to protest at the site on Monday. Chuck Charlebois, who has devoted a generation to seeing the once homely waterfront bloom is outraged.

You can’t suck and blow at the same time.

Unless you’re Cornwall Ontario Mayor Robert “Bob” Kilger who CFN learned, as well as City Manager Stephen Alexander, knew about the construction as early as November 21, 2013 at the Waterfront Development committee both attended.    After the meeting the two spoke about this exact construction with former members Bill Beattie, and Bill Parisien.

The odd thing is that councilors CFN spoke to this morning were quite clear that they only heard about this after Mr. Charlebois emailed council this week; nearly three weeks after the meeting of the 21st!   CFN spoke with councilors Elaine MacDonald, Maurice Dupelle, Denis Carr, and Andre Rivette.   We telephoned others but they went to voice mail or in the case of councilor Bernadette Clement only give out a work number available during week day business hours.

I’m not a happy Camper.

Councilor MacDonald when informed of our video interview with Messers Beattie & Parisien regarding Mr. Alexander and Mayor Kilger’s knowledge of construction at the site simply suggested that I was “stirring the pot” and hung up on me. MP Guy Lauzon was quoted as “knowing nothing” about the construction in the largest city of his riding with said construction being done on Federally owned lands.

Mayor Kilger issued a press release on his own; as opposed to one by he and council.

The City of Cornwall has received numerous inquiries and concerns regarding a development project currently underway at the Cornwall Harbour on Transport Canada lands.

The City has not issued any building permits or site plan approvals for this project. The Public Port of Cornwall is under the sole administration and control of Transport Canada. As such, the development is on federal land and thus exempt from Provincial Regulations like the Ontario Building Code and municipal site plan control. The federal government can proceed to construction without any approval from the municipality, and has done so.

In Fall 2013, Transport Canada entered into a lease agreement for this federally-owned property with a company that is licensed to distribute products for regional road safety including dust suppression and ice control for roadways. Activity currently taking place at the Public Port of Cornwall includes construction by the tenant of two storage tanks for the purpose of receiving, storing and distributing calcium chloride as part of the company’s operations. Transport Canada has dealt with its tenant exclusively with regards to lease negotiations, site plan issues and construction schedules.

“The project is clearly inconsistent with the Waterfront Plan, with the Official Plan, with the long term vision of our community, with recent developments and efforts in the area, and we are very disappointed with this outcome,” said Mayor Bob Kilger. “We are also very concerned about the lack of dialogue and public consultation.”

As a result, Mayor Kilger has requested a meeting with Federal Transport Minister Lisa Raitt.

“The project is clearly inconsistent with the Waterfront Plan, with the Official Plan, with the long term vision of our community, with recent developments and efforts in the area, and we are very disappointed with this outcome,”

Why would Mayor Kilger mention in other media about the tanks not sticking out much if he didn’t already know the plans?

Why didn’t he officially bring this to council instead leaving most of council with their pants down on the issue?

Was there a back room deal with the Federal Government he was concealing from Council?

I spoke with former councilor Leslie O’Shaughnessy who resigned from the Kilger council in part because of behaviour like this by the mayor and management.

If what you are telling me is true,(Mayor Kilger knowing about the tanks in advance, and council as a whole not being aware)  it would not surprise me at all.  There are many occasions that I had during my year and a half on council.   Where some knew more than others and the information was not shared.

This happened on many other occasions on issues I cannot comment on at this time.

The reaction from the public is pretty clear on this one.

Groups are leading a charge to have a 1 PM protest on site Monday and a forum at the Civic Complex Wednesday night; but it sounds like the people that should be answering the big questions right now are Mayor Kilger & MP Lauzon.   The Chamber of Commerce (who did not send a release to the largest newspaper in the city, Le Village, Groupe Renaissance)

Either communications with the Federal government are so bad that the Feds allowed this lease to be signed or there was yet another back room deal with local leadership not expecting the blow back from the public.

We are hoping that at least 1,000 people sign our online petition above to help send a message to the Federal government to immediately stop construction and terminate their lease with the Chemical company oddly enough to be named Trillium.

The intrigue to this mess will be explored in my upcoming editorial.  What do you think dear viewers of CFN is behind this bizarre act?

Councilor Syd Gardiner called in.  He stated that he also only found out on Friday about this issue and was surprised that Mayor Kilger and City Management would not have informed council if they had known on the 21st?

He also went on to add:

The City of Cornwall is considered the butt end of the World as far as the Province and Federal government are concerned.  I say that as I think that the inter-city bus service; train station closing with only two trains per day, and the airport situation.    I don’t think they really care about the area…

We need to elect people who are going to stand up for the area more, and if we continue to elect good old party boys selected by the party’s nothing will change.

Did Bob Kilger Lie to Cornwall? Mentions Construction on NOV 21 at Waterfront Development City Meeting added by admin on December 7, 2013
View all posts by admin →