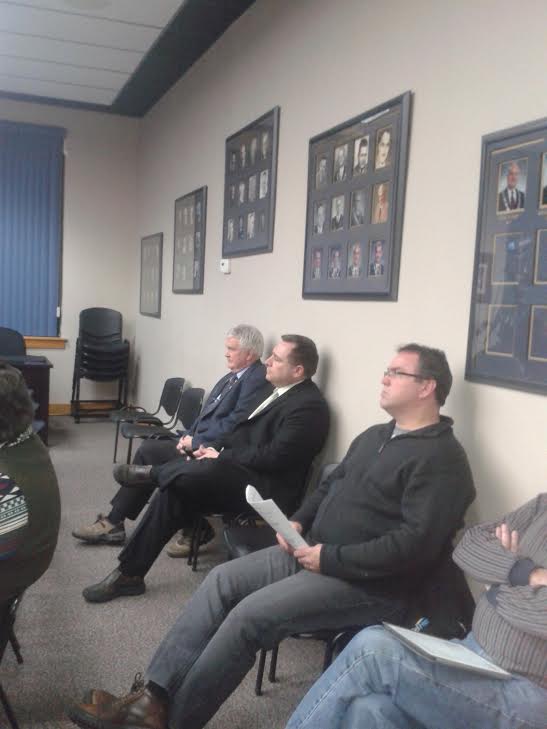 Cornwall Ontario – On Monday evening  Cornwall’s City Councilors met to go over and discuss current issues happening. It was a small meeting this week, with Councilor Carr M.I.A, only three reporters and four people sitting in on the meeting. The mayor as always, joined us in fine fashion as he sat down to start the meeting just after 7PM.  There were no presentations or delegations that took place at all through out the meeting. No Tanks On Our Harbor Front was brought up briefly in the beginning. Councilor Bernadette Clement, who started off by thanking all staff for putting the issue on the agenda and then went on to say,

“The message that we have as council that we’ve had as council, that the community has had, is no tanks on the water front. So that’s the main consensus, but the federal government has put this in front of us once again.”

The council will now have to look at whether we want to move forward with the Mohawk council or whether they should step aside and let the federal government take care of it.

Through out the meeting each councilor said their piece, during one of the discussions Councilor Samson went onto to mention that we are all special every single one of us.  This idea seemed slightly strange coming out of the councilor’s mouth, it was followed on by a speech about people, families, and kids. There was a main point brought up that sent major discussion exploding within the meeting. The notion that was brought up was, increasing the income made by each city councilor. “I think we are under paid for what we do.”

The discussion didn’t seem to leave all the councilors very happy though when Elaine went onto say,

“I think we should move this amendment to January 2015.”

Councilor Murphy, as well as one other councilor came and sat down next to what little gathering of the public there was.  Another councilor went on to express that everyone thinks everybody is over paid. True as it may be, are the city councilors really getting underpaid or over paid?

Since the discussion was declared to be moved in the end, there will be no legitimate answer until a copy of the budget does come out.  When this particular discussion ended, councilor Murphy along with his other councilmen went back to their seats to join the rest of their fellow councilor members. The meeting moved along slowly after that. When it finally ended the councilors were all asked to continue privately fifteen minutes later, once all the media had cleared out.

3 Responses to "City Council Round Up In Cornwall Ontario for Monday January 27, 2014 by E. V. Hutcheon"