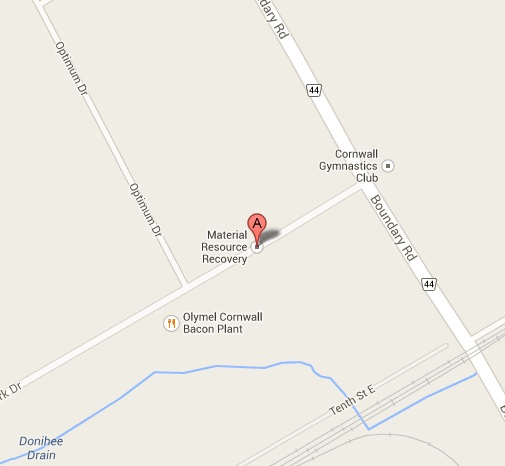 CORNWALL Ontario – Cornwall Police Services have blocked off a section of Boundary Road as there is a fire at the Aevitas Waste Disposal site at 2425 Industrial Park Drive. The plant deals in PCB recovery and CFN has not been told if the public should be concerned from inhalation of any potential smoke from the event. Fire services are on the site and the public has been evacuated and asked to stay back while the scene is dealt with. We will update as more info becomes available.

The EOHU had nobody to answer questions immediately as Dr. Paul was not in Cornwall.

Aevitas has not responded to CFN yet.

If you see news happen email your photos or video to info@cornwallfreenews.com and you can win event tickets and gift cards to area eateries!