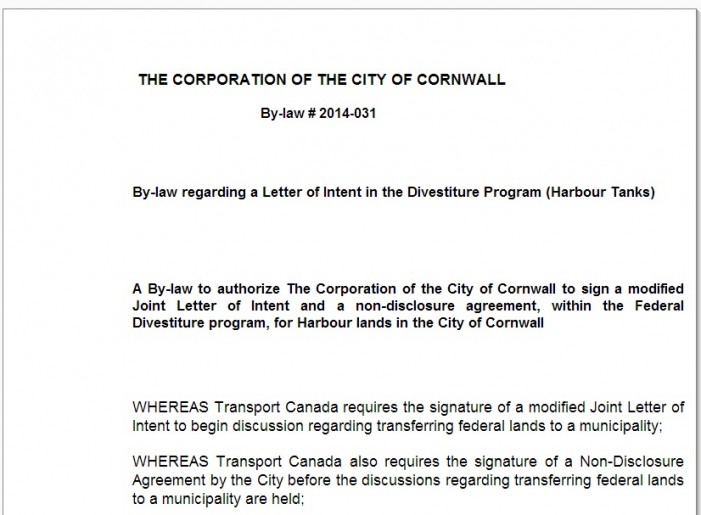 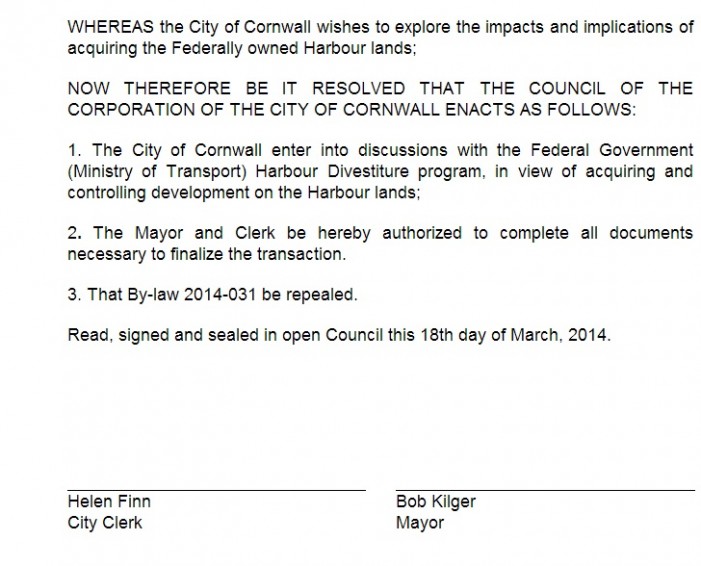 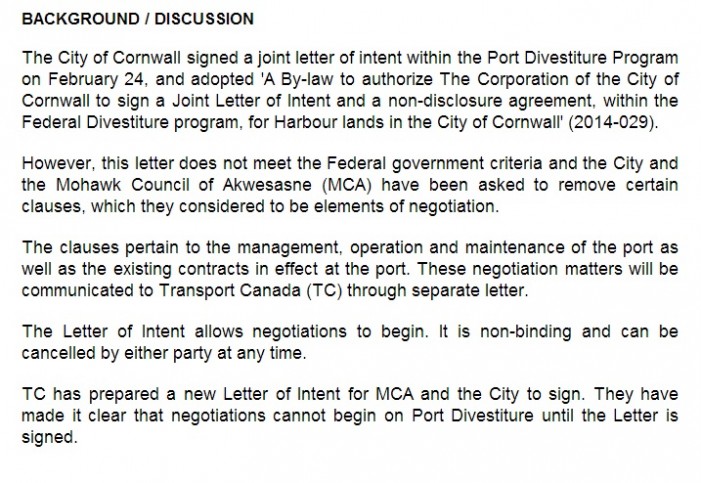 CORNWALL Ontario – Like something out of the movie Chinatown it looks like the Mayor and some of his team have been caught gerrymandering in the dark with regards to the divestiture of Harbour lands in Cornwall.

What should simply have been a municipal government yielding to the will of the tax payers and fighting to have chemical tanks removed from waterfront land destined for urban re development has turned into a larger game that the public simply has not endorsed, nor is being given proper information regarding. Now a document has been produced showing what appears to be some kind of hocus pocus sleight of hand that is to be voted on at a special meeting of council to be held tonight with little to no public notice at 8 PM at 360 Pitt Street.  (City Hall) The letter opens with a zig, but if you read closer to the bottom, it seems to zag stating that

The Mayor and Clerk be hereby authorized to complete all documents necessary to finalize the transaction.

Which transaction exactly?   Which negotiation, and which deal? City Hall has not brought documents public and in fact has refused to issue some of the letters that they have mentioned in press releases.   CFN has requested them from CAO Norm Levac with a promise, but no issue of the letters in question.

After all, this is a government that supported having a condo built in the parking lot of Lamoureux Park, and to date has still refused to comment on the Mayor’s own press release that clearly stated that Economic Development knew about the lease to Trillium Distribution Cornwall Inc. without officially sharing that information in their monthly report to council nor the city answering who in ED was the person who spoke with Trillium?  Or who that person also spoke with at City Hall.

Surely no “deal” should be signed for any lands until proper environmental studies and due dilligence occur to make sure the taxpayers of Cornwall aren’t saddled with huge clean up bills that we will be paying for long after Mayor Kilger is out of office?

And surely this is an issue that should be before the voters in the upcoming election?

Hopefully tonight will be a full house at City Hall and hopefully some of our councilors actually read what they’re voting on and bring this into open discussion.