Will Target Make it in Canada? What Happens to Eleven Points in Cornwall Ontario if they don’t? 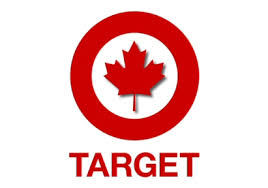 CORNWALL Ontario – Is Target in trouble in Canada?    The US retailer’s bold move into the smaller Canadian market has had some bumps and grinds from language laws for product, to higher cost for labour and different regulations than the US.

With most Canadians within an hour drive of the US many shoppers are used to cross border shopping also leading to some negative pricing comparisons.

Cornwall Ontario is the home of their Eastern Canadian Distribution Centre.  Owned by Genco and managed by Eleven Points Logistics Inc.  the city eagerly expected 700+ jobs to be filled, but those numbers have never been reached.

In fact while several workers left SCM (Wal-Mart’s distribution Centre in Cornwall) and local success story,The Benson Group, slowly some workers have drifted back after Eleven Points started making their hours irregular.  It’s estimated that Eleven Points staffing numbers are between 300-400; but some are complaining of not getting regular full time shifts.

SCM recently held a job fair where it was reported several former staff were seeking to return as they are expanding due to Wal-Mart’s Super Centre growth.

After losing two Call Centre’s Cornwall’s employment scene was expecting Eleven Points to be a solution to help fill the void of those lost jobs.

Are you an Eleven Points employee?  You can post your opinions below.

Will Target Make it in Canada? What Happens to Eleven Points in Cornwall Ontario if they don’t? added by admin on April 16, 2014
View all posts by admin →

21 Responses to "Will Target Make it in Canada? What Happens to Eleven Points in Cornwall Ontario if they don’t?"