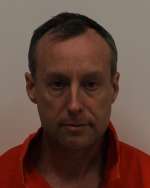 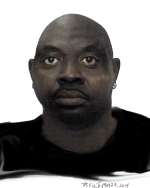 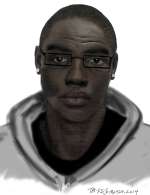 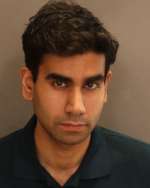 Cornwall, On – Alyssa Tomkins-Demers, 19 of Maxville was arrested on May 22nd, 2014 on the strength of a warrant. It is alleged that the woman failed to attend court on January 7th, 2014 and a warrant was issued for her arrest. On May 22nd, 2014 a member of the Cornwall Community Police Service attended the Cornwall Courthouse as the woman was being held on an unrelated matter. She was arrested on the strength of the warrant and remained in custody to await a bail hearing.

Cornwall, ON – Paul Chartrand, 69 of Cornwall was arrested on May 22nd, 2014 and charged with unlawful possession of firearms and unsafe storage of ammunition. It is alleged that on May 22nd, 2014 members of the Cornwall Street Crime Unit executed a warrant at a Guy Street address and found three long guns and ammunition for which the man did not have the proper license to possess. He was taken into custody and charged accordingly. He was also taken into custody on the strength of a warrant from Russell County OPP. He was transported to police headquarters and held for a bail hearing.

Cornwall, ON – Katlen Moore, 22 of Cornwall was arrested on May 22nd, 2014 and charged with breaching her recognizance for failing to attend scheduled appointments as directed. It is alleged that the woman failed to attend scheduled appointments on May 9th, 2014 and May 15th, 2014 despite being on condition to report as directed. On May 22nd, 2014 a Member of the Cornwall Community Police Service spotted the woman in the area of Alice Street. She was taken into custody, charged accordingly and held for a bail hearing.

Cornwall, ON – Michael Tessier, 60 of Cornwall was arrested on May 22nd, 2014 and charged with break and enter and possession of break in tools. It is alleged that on May 22nd, 2014 police attended a Second Street West site in relation to a break and enter in progress. Once on scene police learned that the owner of the property located the man within one of the buildings and contacted police. The man who was still on scene when police arrived was taken into custody, charged accordingly and held in custody.

SIU Appealing for Witnesses to Custody Injury in Mississauga

Mississauga (23 May, 2014) — The Director of the Special Investigations Unit (SIU), Tony Loparco, has reasonable grounds to believe that a Peel Regional Police (PRP) officer committed a criminal offence in relation to the injuries suffered by a 22-year-old man in February of this year. Director Loparco has caused a charge to be laid against the officer.

The charge relates to an exchange that occurred between the man and the officer at the intersection of Cliff Road and Mississauga Valley Blvd, in Mississauga.
As a result of the SIU investigation, PRP Constable Tomasz Laskowski is facing one charge of Assault Causing Bodily Harm, contrary to s. 267(b) of the Criminal Code of Canada.

The officer is required to appear before the Ontario Court of Justice at 7755 Hurontario Street, Brampton, on July 7, 2014.  The Justice Prosecutions branch of the Ministry of the Attorney General will have carriage of the prosecution.

As this matter is now before the courts, and in consideration of the fair trial interests of the charged officer and the community, the SIU will make no further comment pertaining to this investigation.

Detectives from the Kingston Police Major Crime Unit and the Ontario Fire Marshal’s Office are jointly investigating the recent fire at Flare Nightclub and have deemed it to be suspicious.

On Wednesday, May 21, 2014 at approximately 8:30 p.m. smoke and flames became visible to members of the public. Kingston Fire & Rescue attended and Kingston Police assisted with scene security. The fire was eventually extinguished but the nightclub, located at 248 Ontario Street, sustained heavy damage and adjacent businesses also received smoke damage.

After an initial assessment of the property and its remains by Kingston Fire & Rescue inspectors and members of the Ontario Fire Marshal’s Office, plus preliminary investigative measures by detectives, there is reason to believe the blaze was deliberately set. Kingston Police are assuming the lead in which is now an arson investigation, and will continue to work in conjunction with Kingston Fire & Rescue and the Ontario Fire Marshal’s Office.

While statements have been taken from some witnesses, police are still hoping to speak to members of the public who noticed any suspicious activity or took photographs or video of the nightclub just prior to catching fire. The timeframe would roughly be between 8:00 and 8:30 p.m. on May 21.

Anyone with information is please asked to contact Detective Chris Gobeil at 613-549-4660 ext 6190 or via email at cgobeil@kpf.ca.

(North Dundas) – On 22May14, at approximately 1:00pm, SD&G OPP officers responded to a report of a landlord tenant dispute on Water St. Winchester, On.

The investigation revealed that a 60yr old male (Andre HEYMANS of Winchester, On) threatened to damage property in the apartment he was renting.

The male was arrested and faces a charge of:

He is scheduled to appear 08Jul14 in Morrisburg court.

(South Dundas) – On 20May14, at approximately 09:00am, SD&G OPP officers responded to a report of a break and enter on County Road 2, South Dundas Township.

The investigation revealed that sometime between 17May14 – 20May14 unknown suspects broke into a fenced area and removed various items of building supplies from a local business. The Toronto Police Service would like to make the public aware of the release of a Sex Offender.On Friday, May 16, 2014, William Shorten, 47, was released from custody to reside in Toronto.He has prior criminal convictions for Indecent Acts and Sexual Assaults, and has the potential to re-offend.He is currently bound by a community supervision order and required to comply with a number of conditions, including:– not to attend any public park or public swimming area where persons under the age of 18 years are present– not to attend at any daycare centre, school ground, playground or community centreAnyone with information that William Shorten is breaching his conditions is asked to contact police at 9-1-1.

On Wednesday, May 21, 2014, members of the Sex Crimes Child Exploitation Section executed a warrant in the Finch Avenue East and Neilson Road area.

Jeffrey Glenn, 43, of Oshawa, was arrested.

He has been charged with:

Reporting can also be made at Canada’s national tip line for reporting the online sexual exploitation of children at cybertip.ca. The Toronto Police Service is alerting the public to a sexual assault investigation and is requesting the public’s assistance identifying two men.

– she was assaulted and pulled into the vehicle

– she was driven to an unknown location, where she was confined and sexually assaulted by both men

– approximately 28 hours later, she was able to escape to the area of The Queensway and Park Lawn Road

The men are described as:

Composite sketches of the two men have been included.

Anyone with information is asked to contact police at 416-808-7474, Crime Stoppers anonymously at 416-222-TIPS (8477), online at www.222tips.com, text TOR and your message to CRIMES (274637), or Leave A Tip on Facebook. Download the free Crime Stoppers Mobile App on iTunes, Google Play or Blackberry App World.

A sexual assault is any form of unwanted sexual contact. It includes, but is not limited to, kissing, grabbing, oral sex and penetration. To learn more about sexual assault, including how to report a sexual assault, please visit our Sex Crimes Unit website.

The Toronto Police Service is seeking the public’s assistance obtaining information on a shooting investigation.

– on Friday, May 23, 2014, at approximately 1 a.m., residents were at home in the Jane Street and Driftwood Avenue area

– multiple gunshots were fired at the rear of the residence

– no injuries were sustained by any of the occupants

– the shooter(s) intentions are currently unknown and are being investigated

Police are appealing to anyone who may have witnessed the incident or has information.

On Wednesday, May 21, 2014, in the west end, members of Sex Crimes – Child and Youth Advocacy Centre arrested a man, 49, in connection with an investigation into the sexual assault of children.

– the man was familiar with two children and their families

– he was a person whom they trusted

Robert Dunford, 49, of Toronto, is charged with:

He appeared in court at Old City Hall, on Wednesday, May 21, 2014, at 10 a.m., room 101. One of his bail conditions forbids him to be in the presence of anyone under the age of 16 unless directly and knowingly supervised by a person over the age of 18 years of age except his own children.

Police believe there may be more victims. Robert Dunford has coached children’s hockey and soccer teams throughout the west end of Toronto for many years. The following is a list of some of the programs he has been affiliated with:

Anyone with information is asked to contact police at 416-808-7474, Crime Stoppers anonymously at 416-222-TIPS (8477), online atwww.222tips.com, text TOR and your message to CRIMES (274637), or Leave A Tip on Facebook. Download the free Crime Stoppers Mobile App on iTunes, Google Play or Blackberry App World. On Monday, May 19, 2014, the Toronto Police Service investigated the alleged sexual assault of a sex trade worker in the Finch Avenue East and Warden Avenue area.

– a man arranged to meet with her for paid sexual services

– the man sexually assaulted her