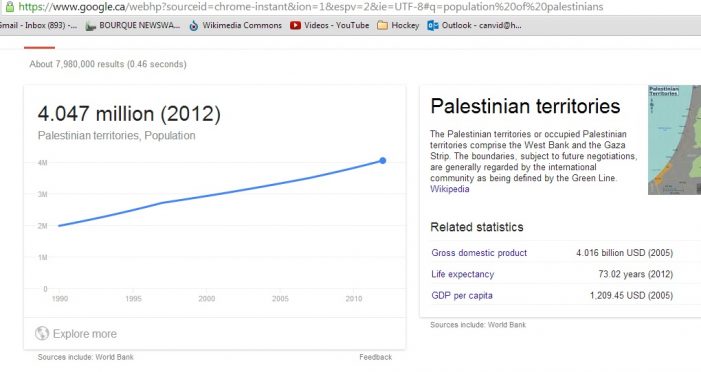 CORNWALL Ontario – One of the reasons I’ve become Hyper Non-Partisan politically is because of my time as a Green Party candidate.

Leader Elizabeth May has commented on Party President Paul Estrin’s comments on the Gaza situation stating that it is not the party’s position; that Greens wish to be more neutral and seek a “posture of engaged neutrality”.

I was called on the carpet as a candidate for sharing my own belief at the time in a comment about our “Killer Colonel” Russell Williams who I said in cases such as his I’d support the death penalty.

While not a factor in my stepping down as a candidate before the last election it was clear that candidates have a line to walk between their own personal beliefs and party positions.  Justin Trudeau recently decided that the Liberal Party would take a stand on Abortion which I’m sure many Liberals do not agree with; although I’m sure more do agree than not.

G14-P58 Israel – Palestine ConflictBe it resolved that the GPC urges the immediate cessation of hostilities between Israel and Palestine. The GPC will adopt a posture of engaged neutrality, opening all available diplomatic avenues in both Palestine and Israel to press for a peaceful resolution to the conflict consistent with the GPC’s commitment to justice and custom of speaking truth to power.

Instead, we can just look at what has happened since Israel left Gaza. Yes, it was occupied by Israel, from 1967 to 2005, 38 years. And then, in a decision that rocked many people, Israel said that although it did not see a partner for peace in Gaza, and although Israel has a very clear policy that it will trade land for recognition and peace, Israel decided to leave, fighting its own citizens, showing once more that it sticks to its word about the settlements not being permanent, but instead something to be removed painfully if peace is achievable to be had.

Since then, stories of resources being used, such as concrete supposed to be used for infrastructure for civil use instead used for purposes of terrors, or stories of repression of the people there by its own government, or stories of how under Hamas rule people no income or ways to support themselves … I’m reminded of Bill Clinton’s remark “It’s the economy, stupid” … but instead of showing openness to the world, or managing, or caring … Gaza has instead shown that it is not interested in peace, in building a stable economy, in a secure future.

The Gazan government has had ample opportunity over these past years, nearly a decade, to alter its ways, change its mantra of death to the Jews, and become respectable caretakers of the people in their charge.

We can forgive them for at first being overjoyed with the departure of the Israeli forces, and them as a terrorist organization unable to initially take up the challenge of good governance.

We can forgive them for not immediately changing their charter. In Canada and elsewhere, national charters protect the people. In Gaza, the first article calls for the death of Israel and the Jew. (Let me quote just a bit: “Israel will exist and will continue to exist until Islam will obliterate it, just as it obliterated others before it.” I would like to believe all of us in our organization can see how atrocious such a statement is, and that we would believe in things like the right of people to not be obliterated …)

They said, they being the Hamas government newly in power, they needed time. They have had nearly a decade. What is the holdup … oh, wait, the hate and desire to obliterate.

So, let us fast forward past a decade’s worth of battles, wars, incursions, etc.

How much aide has Israel given Gaza? How much has the world given Gaza?

Giving aid is worthwhile, a noble cause. But, has it gone to the people that need it? Ten years …

Israel is more threatened than even because its neighbour, instead of caring about the welfare and well-being of its citizens, cares about the cause of killing, of carrying the banner of martyrdom, and of watching its fellow people die.

And yet, these are the same people who are embraced and loved by the international community, with marches on Parliament Hill in Canada’s capital, and in cities throughout the world, holding banners and chanting about the destruction of the state of Israel and of death to the Jews.

Meanwhile, Gaza uses UN locations to launch or house weapons … yet the international community cries out, a day after the UN itself admitted this and said that this practise puts at risk those in these facilities given that these places then are not safe havens but rather places of war to be targeted ..

Meanwhile, Gaza is giving children grenades … and asking their citizens to be sheep to the slaughter.

Gazan officials tell their people to be killed while they hide in bomb shelters.

Cowards? No, this is worse than cowardice. It is vile and ugly and they should be put to shame.

Instead, it is Israel who is put to shame. It is easy enough to do.

The full piece is here.

I think it’s clear after watching rhetoric on both sides of the Hamas/Israel issue to see some very clear positions.  Extremists on both sides whip up hate against each other.   And there is no shortage of hatred or armchair anarchists to fuel the flames.

Moderates hide or simply react to the images of the countless victims and lost lives which is terrible.

For example Israel is accused of Genocide. Last I checked in Genocide population goes down.  For example my maternal grand-mother, because her sister was lonely in Canada came over from Poland in the 1920’s.   She never saw her immediate family again as they were wiped out.  Gone.  Killed by the Nazis.

The Armenian population certainly shrank when the Turks did their number to them.    Rwandans too did not see a steady rise to their population when they were being butchered.   Right now in Syria more people have been killed in the last year or so than most likely the total of Palestinians since 1948.   The Iran/Iraq war probably the same.

Are things bad for Palestinians?  Yes, horrible.   Do they suffer.  Absolutely; more than I would ever wish on anyone people collectively.  They are seeing their territory literally destroyed bomb by bomb, rocket by rocket.

Are they innocent?    Nobody in that region (including Israel)  is innocent.  Not a single soul; even the children.   That’s a sad truth and all are targets on both sides.

Very few get this, and most of those that do either shake their heads and hope a bomb doesn’t land on them one day or simply hide from it.

Those that make the most noise ultimately do the least to find a solution.

What I do know is that in life you have to confront wrong and evil.  It’s like the old Fram oil commercials.  You can pay now or you can pay more later.   That’s how these things work.

Those that hate on both sides right now are having their wicked ways.   The only way to stop them will be to confront them just as has happened in the past.

We just saw the 100th Anniversary of World War One.   We still have slavery in this world; we have conflict going on in the Middle East and Europe right now.   We have skirmishes and battles going on in Africa as well.

“Those who don’t know history are doomed to repeat it.” ― Edmund Burke

There are calls for Mr. Estrin to resign; which most likely will not happen.  There’s a lot of hate out there.  I myself received a nasty via facebook and I haven’t been active in this issue or taken any real positions other than stating that any loss of life is wrong.

Frankly I find Ms May’s reaction to this and the party’s position disappointing; but that’s my personal opinion.

But I think it’s pretty gutless for political parties to not take clear positions in situations like this.  While I may not be a fan of our Prime Minister, Mr. Harper has taken a clear position.    This situation is really one in which neutrality will cost lives around the world and in the conflict.

I do blame Hamas for this current situation.   But I also blame the current Israeli government for being partly responsible for the environment that gives a group like Hamas traction in Palestine and with the Palestinian people.   After all if it wasn’t for the ridiculous demands of France for reparations from Germany after WW1 we probably would never have seen an Adolph Hitler in power.

Sometimes the first shot is not the bullet from the gun.

Each shot from both sides takes us further away from the eventual solution.   Each death takes us even further.

It’s time to stop shooting at each other and start finding a path.