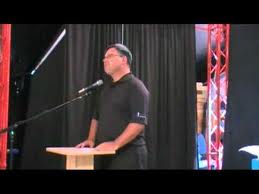 FRAUD OVER $5000, THEFT BY CONVERSION, BREACH OF TRUST, FALSE PRETENCES

Cornwall, ON – Following a 5 month investigation by the Fraud Unit of the Cornwall Criminal Investigation Division, 47-year- old Gilles Latour of Latour Financial Group inc. has been arrested on charges of fraud over $5000.00, theft by conversion, false pretences and breach of trust.  It is alleged that between May, 2012 and December, 2013 Latour defrauded two individuals and police were contacted to investigate. On August 19th, 2014 police attended his place of work, executed a warrant and took him into custody. Latour was charged accordingly and later released to appear in court on September 30th, 2014. The Cornwall Community Police Service is asking the public to contact D/Cst. Tom MacKay at 933-5000 ext.2789 if they have any information about these crimes.