Cornwall Ontario –  It’s amazing how some people in authority feel that they can abuse their authority.    How some refuse to understand that they serve we the public when the taxpayer pays their generous salary, benefits, and retirement. Chief Dan Parkinson of the CCPS is retiring and it was decided to throw an event […]

BREACH Cornwall, ON – A 42-year-old Cornwall woman was arrested on November 2nd, 2018 and charged with breach of probation for being outside after consuming alcohol, for contacting her boyfriend after consuming alcohol and failing to keep the peace. It is alleged the intoxicated woman breached her conditions on November 2nd, 2018 and an investigation […]

Former school office administrator charged with Theft over $5000   (Ottawa)—In October 2014, the Ottawa-Carleton District School Board (OCDSB) conducted an internal review and found that revenues typically generated from School Generated Funds were not received for the 2013-2014 school year at Roberta Bondar Public School. After the Board questioned staff, the employee suspected of […]

Cornwall Ontario –   CFN has confirmed that  The Cruickshank Group was the company defrauded of $600K by a Maxville woman who worked for the company. CFN spoke with Mr. Jason Makin, VP of Logistics and Materials at the company via telephone who confirmed that the firm was the victim of the fraud.  He provided the […] 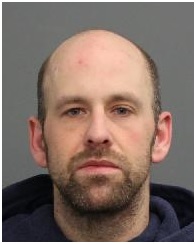 Arrest Warrant for a parking scam suspect (Ottawa) – The Ottawa Police Service Organized Fraud Unit has issued an arrest warrant for Daniel MacKAY, 32 of Ottawa, for Fraud Under $5000 and Breaching his Recognizance. Between December 2017 and January 2018, MacKAY was placing advertisements on-line, renting parking spots in the downtown core and accepting […]