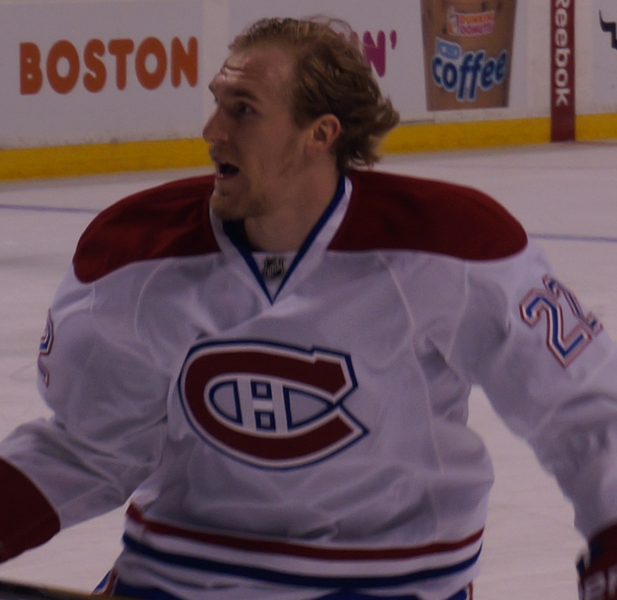 CFN – It was an interesting way to notch a Gordie Howe Hat Trick as Dale Weise scored on a penalty shot as the Montreal Canadiens pounded the Boston Bruins 5-1 at the Bell Centre Thursday night.

It was also the first game for new comer Sergei Gonchar.  Montreal’s power play went 1-5  with Gonchar playing 20 minutes on the night and recording 3 shots and 3 hits.

The Ottawa Senators nearly blew a lead before Mike Hoffman scored in OT to give the Sens a 4-3 win over Edmonton.   Winnipeg defeated Carolina 3-1, and Calgary scored 5 times on 25 shots taking down the Coyotes 5-3.

Montreal, with 25 points, is back in first place in their division and conference and have finally moved into the plus territory in goal differential for the first time this season.