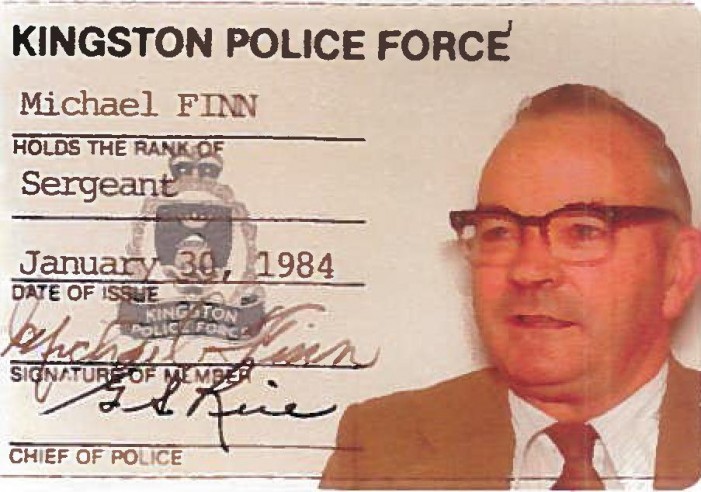 IMPAIRED DRIVER
(North Glengarry) – On November 14, 2014 at approximately 11:41pm, an SD&G OPP officer intercepted a vehicle on County Road 34, North Glengarry Township. A check of the adult male driver revealed he was under the influence of alcohol.

Justin KLICKERMANN (36) of North Glengarry Township was arrested and is charged with;

He was released and is scheduled to appear at the Ontario Court of Justice in Alexandria on December 3, 2014.

DISQUALIFIED DRIVER/BREACH OF CONDITIONS
(South Stormont) – On November 14, 2014 at approximately 4:44pm, an SD&G OPP officer intercepted a vehicle on Highway 138, South Stormont Township. A check of the adult male driver indicated that his driver’s privileges were disqualified and further information revealed he was in contravention of conditions imposed from previous incidents.

Robert CORBETT (33) of South Stormont was arrested and is charged with;

THEFTS RESULT IN CHARGES
(North Dundas) – On November 14, 2014 at approximately 12:22pm, SD&G OPP officers responded to a report of theft of gas at a Service Station located on County Road 3, North Dundas
Township. Investigation indicated that a client had taken a quantity of gasoline for his vehicle and separate containers and left without paying. Further information led officers to identify the suspect.

Dirk TESTERINK (32) of South Dundas Township was arrested and is charged with;

He was released and is scheduled to appear at the Ontario Court of Justice in Alexandria on December 2, 2014.
(South Dundas) – On November 14, 2014 at approximately 1:05pm, SD&G OPP officers responded to a report of a theft from a store on Plaza Drive in the Village of Iroquois, South Dundas Township. Investigation revealed that on November 13, a male youth removed food items from the store without paying.

The 14-year-old youth (from South Dundas Township) was arrested and is charged with;

He was released and is scheduled to appear at the Ontario Court of Justice in Cornwall on December 30, 2014.
EXCESSIVE SPEEDS
(SD&G) – Over the past weekend, SD&G OPP officers conducting speed measuring enforcement intercepted the following vehicles for traveling at excessive speeds. In all stops, the vehicle was impounded and the driver’s permit seized for seven (7) days in accordance to policy.

– on Sunday, November 16, 2014 at approximately 1 a.m., police received a call for a stabbing in the Danforth Avenue and Broadview Avenue area

Kiril Goushleff, 36, of Toronto, was arrested. He has been charged with:

Once on scene, police located three victims in the restaurant. All appeared to be suffering from gunshot wounds. Two women have non-life-threatening injuries. A 32-year-old man was pronounced at the scene.

The deceased has been identified as Tariq Mohamed, 32, of Mississauga.

There are descriptions of two male suspects:

2) black, 20-30, dark complexion, shorter than suspect #1, stocky build, hair in cornrows to the neck, eyes popping out or bulging, dark hoodie with unknown writing or logo on front

The suspects were last seen running southbound on Chestnut Street, possibly to a waiting or parked vehicle.

Once on scene, police located three victims in the restaurant. All appeared to be suffering from gunshot wounds. Two women have non-life-threatening injuries. A 31-year-old man was pronounced at the scene.

The deceased’s surname should be spelled “Mohammed.” He is, in fact, 31.

The Ottawa Police Service is seeking public assistance to locate a missing youth.  Cody ABBOTT was last seen leaving a residence in the 400 block of Richardson Avenue in the early evening of Saturday, November 15th. He may have gone to the area of 50 Rideau Street, Ottawa or the 1000 block of Ramsey Crescent, Ottawa.

He is described as a white male, aged 14 years, 5’3 (160 cm) tall with a medium build, and having brown hair (long in front/short in back) and brown eyes. He was last seen wearing a black sweater, grey jeans, and black sneakers with blue stripes.

At approximately 1:15 p.m. on November 17 a female entered into the Shopper’s Drug Mart, located at 105 Sutherland Drive, and demanded prescription narcotics, advising a weapon may be involved.

The female is described as Caucasian, tall (approximately 5’10”-6’0”), thin build, and had a mole on or near the right side of her lip. She was wearing a gray hoodie, large sunglasses and black gloves.

She fled the business in a gray 2012 Mazda Hatchback, bearing Ontario licence plate BTDT 211. There were two other persons inside the vehicle, with at least one being male. The last address for the registered owner is in Kemptville. The vehicle was last seen westbound on Sutherland Drive from Montreal Street.

Kingston Police are still seeking this vehicle and the occupants within it. If seen do not approach. Call 9-1-1, Kingston Police at 613-549-4660 or local police service if outside of Kingston. Please take notice of the location and last known direction.

The KPS announced at 2:20 p.m. we were advised that the OPP have all three robbery suspects in custody in the area of Mallorytown.

Kingston Police had 215 calls for service during the weekend of November 15-16, 2014. Some of these included:

There were six individuals in police cells this morning, three men and three women, between the ages of 24 to 46 years-old. The offences involve: robbery, mischief, criminal harassment, causing a disturbance and fail to comply with recognizance.

Arrest Made in Robbery of Taxi Driver

Within hours of the offence Kingston Police arrested a male believed to be responsible for the robbery and forcible confinement of a female cab driver from Amey’s Taxi.

At approximately 5:00 a.m. on Sunday, November 16 the victim received a male fare on Russell Street, who insisted sitting in the front seat against the wishes of the driver. His actions and utterances caused the driver concern and when they arrived in the area of Bath Road and Westdale Avenue she asked him to leave the taxi.

The accused refused and when the driver attempted to use the emergency alert button and microphone he grabbed her arms and confined her from seeking help. He then physically assaulted the victim and stole a quantity of cash. She received minor injuries in the process. When the victim demanded he leave her taxi the accused also threatened to cause her bodily harm.

When the accused finally got out of the vehicle the victim locked the doors and began to flee the area. The accused punched at the driver’s side window and chased after the taxi on foot for a short distance.

With the victim now able to alert fellow taxi drivers and Kingston Police, the area was quickly searched for the male but with negative results. A continued investigation by detectives led them to an apartment building in the 300-block area of Westdale Avenue at approximately noon, where the 25-year-old Kingston accused was located and arrested by members of the Criminal Investigation Division (CID) and Uniform Patrol for the offences of Robbery, Forcible Confinement and Uttering Threats to Cause Bodily Harm. He was transported to the Kingston Police station and held for a bail hearing the following day.

After a recent investigation that was determined to be unfounded Kingston Police is advising against posting and sharing potentially alarming information that has not been verified by legitimate sources.

At the beginning of November 2014 a Facebook post appeared locally from a female Kingston resident, advising of an attempted knifepoint abduction of a male teenager in the area of the Cataraqui Woods subdivision. The post said the teenager was grabbed by a male suspect but he was able to fight back and flee.

The post additionally stated, “I haven’t heard/seen anything on the news and nothing was announced at the school. This lack of communication is NOT helping to make people aware. Please SHARE THIS INFO!!”

At the time police became aware of the post it had been shared over 600 times. Concerned parents began contacting schools and police, asking for more information and what was being done. This left administrators of both organizations in a position where they were unaware of any situation and how to potentially respond to it.

Detectives were able to speak to the woman and determined she had received third-hand information that was never substantiated. While police understand the post was made with good intentions it unfortunately only caused unwarranted panic and alarm, and took a detective away from other legitimate case work for hours. The post has since been deleted by the user.

If a member of the public receives information that could constitute a community concern please attempt to verify with authorities before posting or sharing publicly on various social media platforms. Kingston Police does its best to notify the public of such occurrences through its website, official Facebook and Twitter accounts and more. The school boards in the Kingston and surrounding area also have positive working relationships with law enforcement and will often send home a community safety letter when concerns arise.

Flags at the Kingston Police station will be flying at half-mast for the next three days to honour a former member. Retired Sergeant Michael Finn passed away peacefully on Friday, November 14, 2014 after a brief illness. The flags will remain lowered until his funeral on Wednesday, November 19. As expressions of sympathy, memorial donations to the Alzheimer’s Society of Kingston or the Church of the Annunciation Building Fund would be appreciated by the family.