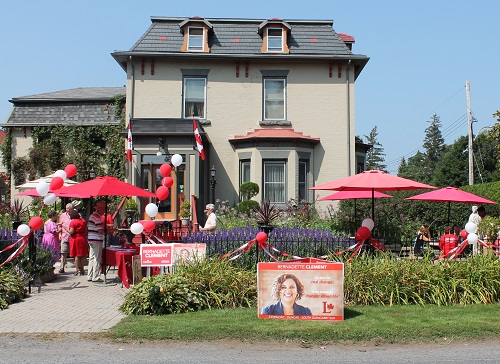 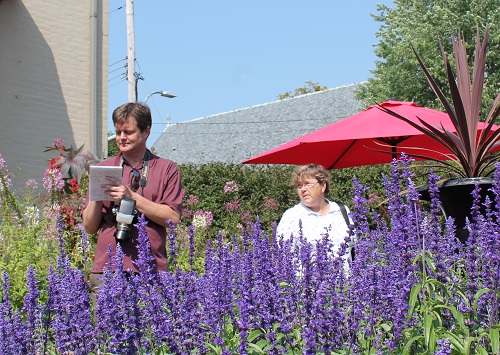 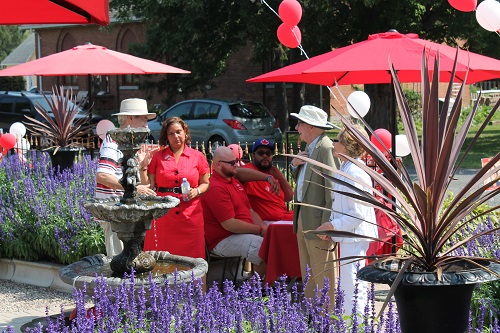 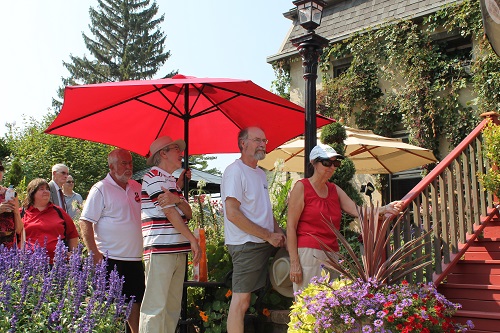 Morrisburg – Liberal hopeful Bernadette Clement kicked off her campaign to gain the federal seat for SD&SG today in the beautiful garden at the Russell Manor in Morrisburg. Liberal party supporters came out in the sweltering heat to cheer on Bernadette as she spoke about the Liberal party goals and the need to replace the current government.

She also appealed to those present to support the Liberal’s bid financially and by showing support in the community.

There were only a couple of other media present at the event, possibly due to the heat, but the cameras of the party faithful were clicking continuously. There was even a drone hovering overhead to capture images from the air. Ms. Clement indicated in her speech that this election will be waged in the social media more than ever before and the Liberals will be very active in it. The atmosphere was energized with optimism and many of those present stayed on in the heat to continue the conversations about how the Liberals will govern Canada after the election.