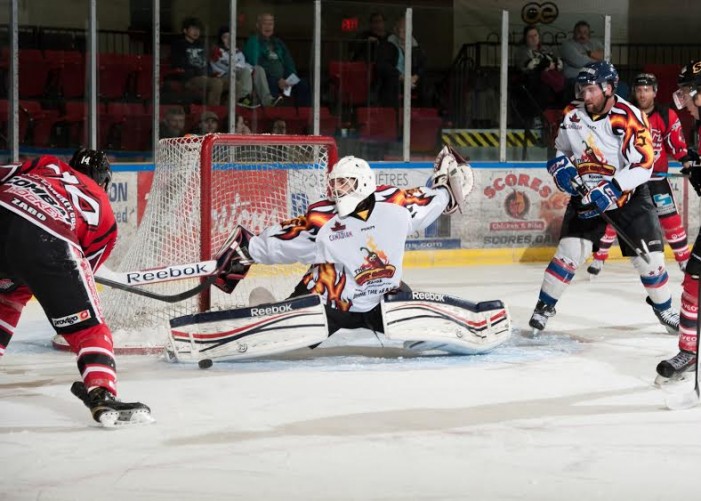 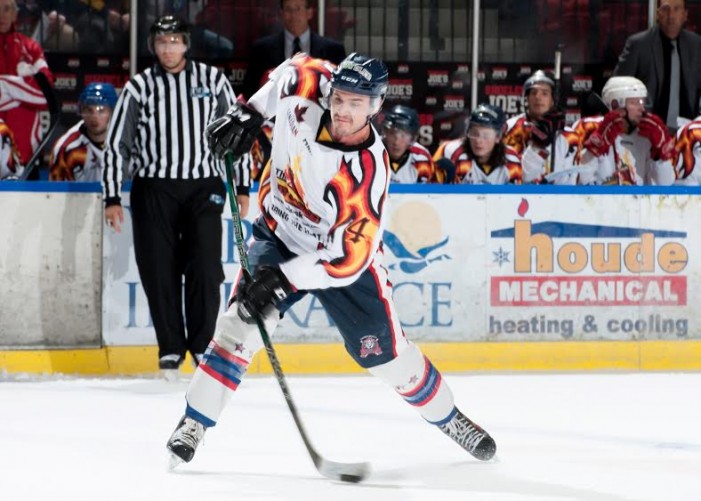 The veteran line of Julien Corriveau, J.P. Caron and Antony Courcelles sparked Cornwall with a seven-point performance against the Eperviers, which eliminated Cornwall last spring.

Corriveau got things started early, converting 23 seconds into the contest on a feed from Courcelles, who then beat Adam Russo with a heavy wrist shot at 2:11 of the first.

Marc-Andre Levasseur, with a shorthanded marker, gave the River Kings a 3-0 lead at 9:10 of the opening frame. The goal chased Russo, in favour of former Cornwall goaltender Paul Bourbeau Jr. Caron, left all alone in front, buried a pass from Courcelles 2:19 into the second. Yan Dumontier, with the River Kings on a 5-on-3 powerplay, and Michael Stinziani, with a nifty deke, also chipped in second-period goals for Cornwall.

Robbie Thomson had his first tilt for the River Kings, dropping the mitts with David Lacroix mid-way through the first. The two squared off again late in the second period after the River Kings took a 6-0 lead. Pete Karvouniaris stopped all 19 shots he faced in the opening two periods. He was replaced by Philippe Gingras for the final 20 minutes of action.

COMING UP NEXT: Next weekend, the River Kings have a home-and-home with the Laval Predateurs. Cornwall visits Laval on Friday night and the two teams meet again on Saturday, Sept. 19 at the Civic Complex. Puck drop is at 7:30 p.m. Tickets are only $5 for all ages (general admission).