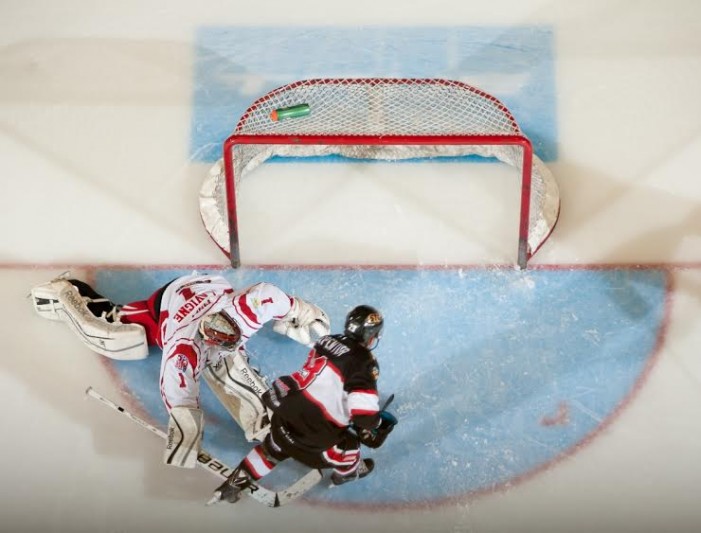 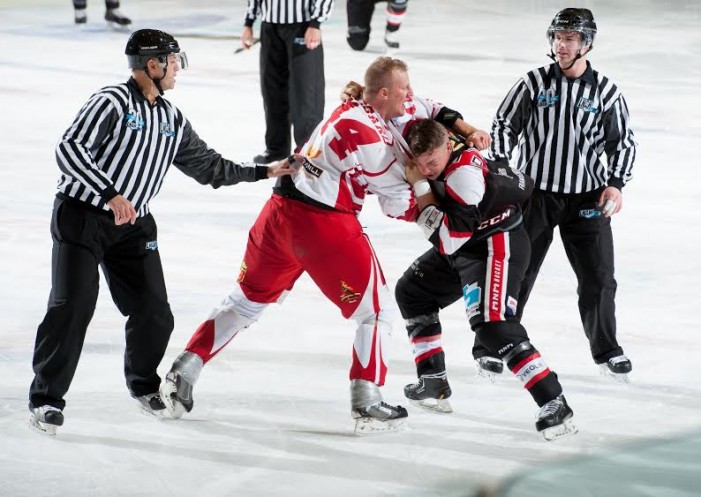 CORNWALL Ontario – Marco Charpentier scored four goals to lead the Sorel-Tracy Eperviers to an 8-1 victory over the River Kings on Saturday night at the Civic Complex in front of 917 fans.

Charpentier’s first two goals came 10 seconds apart early in the first period. Dominic Leveille then redirected a shot from the point past a helpless Pete Karvouniaris with 4:37 to play in the opening frame to give the Eperviers a three-goal lead after 20 minutes.

Etienne Brodeur’s goal at 2:28 of the second chased Karvouniaris, in place of newly signed backup Charles Lavigne. Charpentier, on a breakaway, beat Lavigne 40 seconds later for his third of the contest.

Brodeur scored a powerplay goal with 1:24 to play in the second to send Sorel to the dressing room with a 6-1 lead after 40 minutes.

Vincent Couture scored yet another breakaway goal, a powerplay marker, at 2:26 of the third. Charpentier added his fourth of the contest at 9:43 with a shorthanded goal.

Lavigne, who played overseas in France last season, made 19 saves in relief of Karvouniaris. The 27-year-old from Hawkesbury previously played in the QMJHL and CIS.

FRIDAY: On Friday night, the River Kings dropped their second contest of the early season at Thetford, 5-4. Cornwall trailed the Assurancia 5-2 after 40 minutes but rallied in the third period on goals by Sasha Pokulok and Nutkevitch. Nicolas D’Aoust and Frederick Cote also scored for the River Kings. The game marked the 2015-16 debut of former NHL enforcer Donald Brashear for Thetford. NEXT WEEKEND: Cornwall travels to Trois-Rivieres next Friday night (8 p.m.). The River Kings next home game is Sunday, Nov. 1 when the Eperviers visit the Civic Complex (4 p.m.).