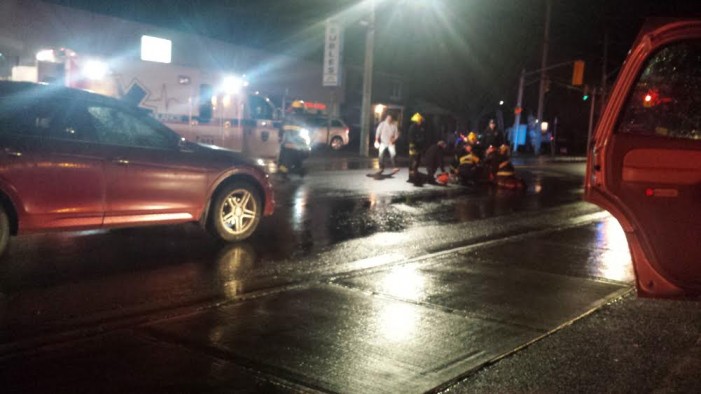 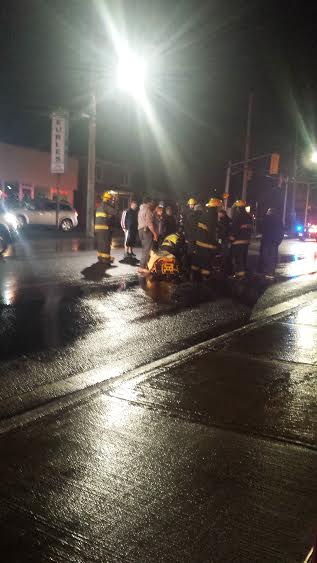 OPP Confirmed a single vehicle collision that sent two to hospital.    At approximately 6 PM on the 11th a couple, on Main Street in Alexandria, both 23, were struck and taken to hospital with non-life threatening injuries.

The driver was not charged.

“They’re both in Ottawa right now at the hospital. They were a young married couple with two young children. Felicia already suffers from cerebral  palsy. And oh yes it was almost like every cop on the Alexandria force was there as well as I’d say about 10 fire fighters two trucks a ambulance and around 6 paramedics.

They were both brought into the ambulance on a stretcher with neck braces. Myself three of my children, and my fiancee were at pizza hut eating supper before going to the park to see Elsa Anna and Santa.. We didn’t even know it happened till a lady an her child came in asking for cones to block off the road because two people got hit.”

If you see news happen email your photo or video to info@cornwallfreenews.com.   You could win area event tickets or gift cards!