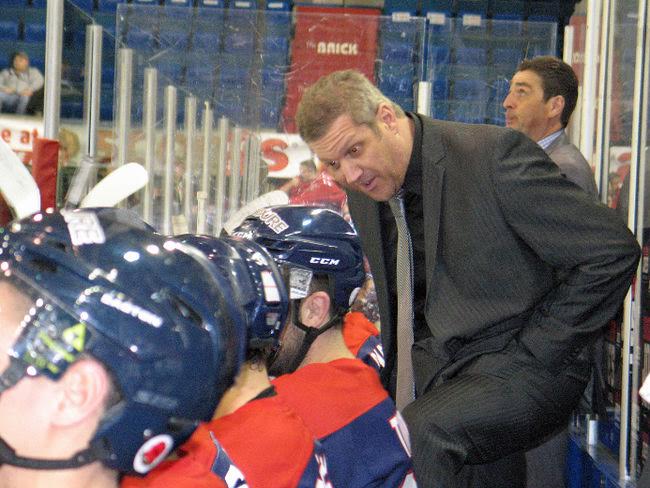 CORWNALL Ontario – The search for a new head coach is over. A couple of days after Cornwall stole two points from first-place Jonquiere on home ice, the River Kings have snagged Bob Desjardins from the Marquis.

Desjardins, who finished the 2014-15 season as the bench boss in Cornwall, was serving as an assistant in Jonquiere.

“I’m very happy to be back in Cornwall, I never should have left,” said Desjardins. “Even though I was a part of a first-place team, I missed the boys here and the Cornwall fans.”

“I realized that on Saturday night,” he added. “I missed the City, the Moreau family and the staff so it really is great to be back.”

The River Kings have won three of their last five contests on home ice. Cornwall will look to build on the momentum with four of its next five games to be contested at the Civic Complex.

“We’re in a tough situation with injuries on the blue line right now but we will be patient and work on the long-term process,” said Desjardins. “We have a good roster and we’ll be ready for the end of the season and maybe surprise some people in the playoffs.”

In addition, Desjardins, who will be behind the bench this weekend for Cornwall, has also been named the assistant general manager.

“We’re thrilled to have Bob back in the fold,” said general manager Rick Lalonde. “He’ll be more involved this time around as well and he’ll have a big say in transactions.”

After a huge victory over Jonquiere on Saturday, owner Steve Moreau hopes to see attendance rise in the coming weeks.

“Our play has improved especially on home ice and with the hiring of Bob we will look to build on that momentum,” said Moreau. “We’re doing the best on our end, now is the time for fans to do their part and bring a friend to the game.”

Cornwall travels to Trois-Rivieres to take on the Blizzard on Friday night at 8 p.m. The following night, Saturday, Dec. 19, the River Kings host St-Georges at the Civic Complex. The puck drops at 7:30 p.m.

The annual Teddy Bear Toss will be held on Saturday night. Fans are asked to bring a new or used Teddy Bear to the game. Bears must be in a plastic bag and can be tossed onto the ice after Cornwall’s first goal. Free bang sticks will also be distributed to the first 250 fans and Santa will make an appearance at the game!