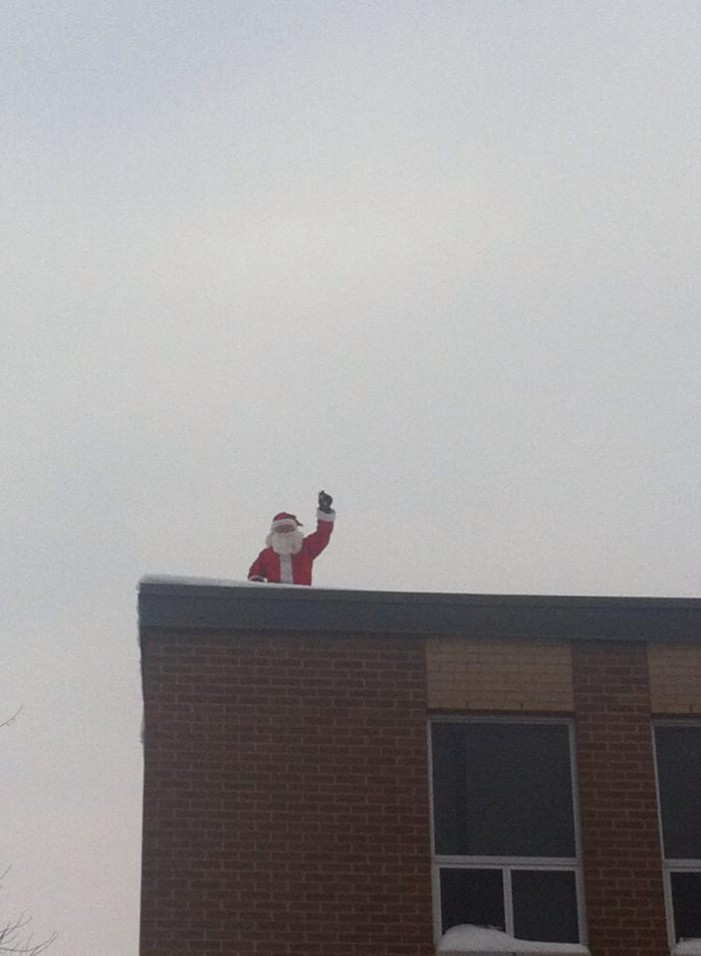 Santa’s trip over Canada this year will be a bit different.  With a chance of hitting 20 celsius this Christmas Eve it might not be hot cocoa and layers kind of weather.

Stores are reporting grumpier less Christmas like cheer with a Green Christmas.

So your friendly scribbler decided to think about what might be on Santa’s list for some of our local politicians, and leaders.

Mayor Leslie O’Shaughnessy might be wondering about the lump of coal Santa is bringing him.  Ask Diane Shay, and many others that he used during the election, not to mention family’s with ice rinks and whose kids sell worms.  Sadly, the Wizard of Oz couldn’t find something to impart integrity to the conflicted mayor.

Bernadette Clement also gets a lump of coal to match her loss of a Cabinet position with Mr. Trudeau after losing to Guy Lauzon, again.    Ms Clement might ponder the impact of art and its positive effects to her surroundings?

David Murphy gets a lump of coal as does his boss Gerry Benson.   Moonhead had a rough year, from his role to the Vincent Ice rink fiasco to his lack of performance around the council table in 2015.   It looks like Santa doesn’t think he has much of a mayoralty future either and there are a bunch of his former students that are alleged to be about to come forward with some strange stories about his behavior while teaching.   Gerry gets the scrooge award for not donating to the local public art gallery while asking the city to keep funding his university project.

Claude McIntosh.   Santa just shook his head and mumbled something about being out of coal for that one.

Andre Pommier is said to be getting a memory improving science kit.

Bob Peters is rumored to be getting a ribbon wrapped box of Viagra along with a new voice message from his favorite computer.

Sue Stewart gets a new how to book on etiquette and manners.

Norm Levac is said to be getting another year’s contract as CAO from Santa, although I can’t repeat why Santa said that.

Maurice Dupelle already got his gift of not having to sit next to Brock Frost any longer.

Speaking of Frost Santa mentioned something about the Witness Protection program and some Visine for the Miami Vice nosed real estate guru.

Denis Carr just got his gift, getting his seat back on council.   Now to see if he takes action to make sure he doesn’t get a lump of coal next year.

Helen Finn is said to be getting a translation device so that those listening to her at council can understand what language she’s speaking.

Tammy Hart is said to have just got her latest Christmas gift served to her.

Justin Towndale, or Captain Cornwall, as he’s been dubbed, is a Christmas gift.

Mark A MacDonald is on Santa’s good list and apparently is getting the gift of music and song.

Elaine MacDonald gets a new pair of Birkenstocks while her pet monkey Carilyne gets a new tacky tattoo.

Todd Lihou gets a new eyebrow trimmer while Adam Brazeau gets the latest Naomi Wolf book.

Gilles Latour is hoping for a friendly cell mate.   Mike Bedard is getting a new pair of shoe lifts.   Several CCPS officers are said to be getting a message from Santa in 2016 from a certain agency for some of their questionable behavior.

Santa is sending local Crown Jennifer Burke a few cheeseburgers, and last on this list former mayor Bob Kilger who hopefully will have the health to finally appear at trial over the infamous t shirt incident.

What is Santa bringing you for 2015?   This scribbler thinks Santa just might be bringing a buyer for CFN! CFN wishes all a healthy, joyous, and prosperous Christmas and New Years!    We have our fun here, but the World is a circle, and we all need to work together to make it spin.

Santa Wearing Shorts & Sandals Over Cornwall Ontario for Christmas 2015 by Jamie Gilcig added by admin on December 24, 2015
View all posts by admin →