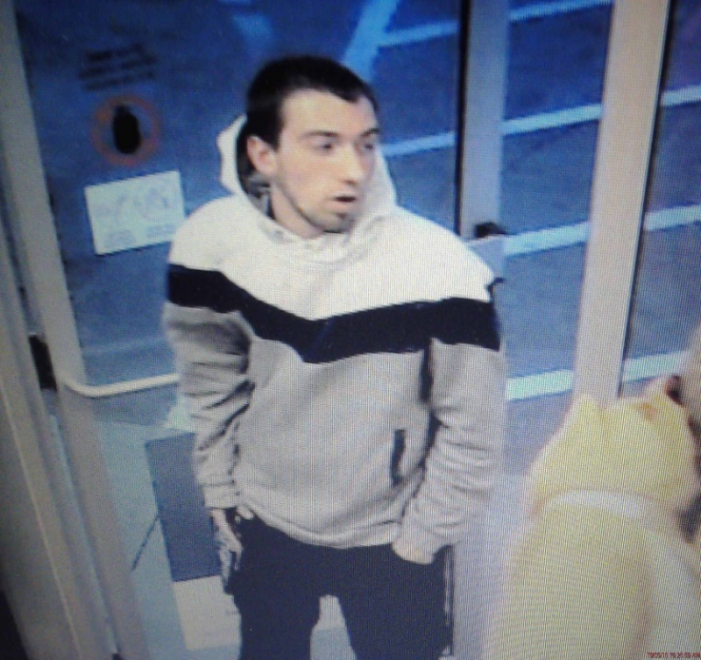 (EMBRUN, ON) – The Russell County OPP is requesting the public’s assistance in identifying two males responsible for a number of thefts from several motor vehicles in the City of Rockland. The thefts occurred on the evening of May 17th.  The two male suspects were captured on video surveillance cameras in the City of Ottawa.

The first suspect is described as a white male, between the age of 20 to 30 years old, 5’10”, medium build, short dyed blonde hair, and is unshaven. He may be wearing an orange florescent construction type jacket. The second suspect is described as a white male, between the age of 20 to 30 years old, 5’8”, slim build, short dark hair, and he is also unshaven.

Any person, with information regarding the identity of the two male suspects should contact the Ontario Provincial Police at 1-888-310-1122.

4 Responses to "OPP Looking for Suspects in Rockland Ontario JUNE 20, 2016"