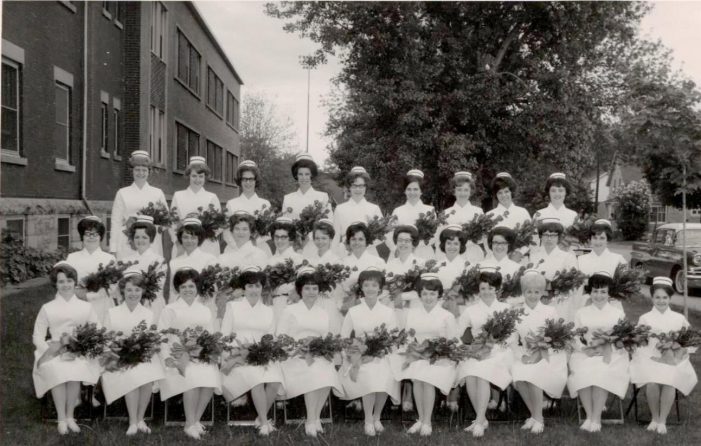 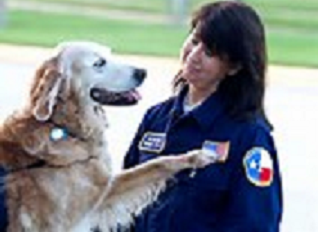 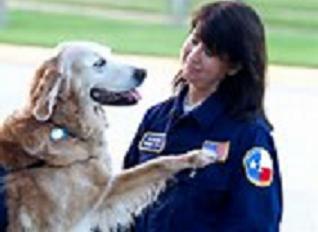 The Alumni of the Cornwall General Hospital School of Nursing held their annual dinner at the Royal Canadian Legion on Friday, June 17th. And what a party it was!! Celebrating 50 years was the Class of 1966. Class members from left to right:

The gathering included nursing graduates from many years including a few from the 1940+ years . It was well attended filling the room with a lot of beautiful nurses who were delighted to be together once more.

Attending the dinner from the class of 1966 were 18 graduates:

Since the President of the Alumni, Catherine Poirier, was celebrating with her class, we had two nurses who emceed for the evening, Marilyn Bender, Class of 1963 and Sandra Sproule, Class of 1965. They did a great job.

Speakers for the evening were Mary Rourke Simcoe and Joan Timmins Southwell, graduates of the Class of 1966 who reminded us that even though we are retired, we can still do a lot to help others through volunteer work. They spoke of the lifelong friendships which were formed in training. They thanked everyone for coming to help the Class of 1966 celebrate the 50 years.

Ann Primeau and her staff served us a scrumptious chicken dinner. It was beautifully served by the very pleasant staff. They can cook for me anytime.

There is always a beautiful floral arrangement on the head table each year and at the end of the dinner, the flowers are given to an alumni member. It was an emotional moment this year as Catherine Poirier was the recipient. Catherine has worked tirelessly and spent so much of her time devoted to the Alumni. Kudos Catherine. You are very much deeply appreciated.

Andre Pommier of Pommier’s Jewellers donated 18 beautifully framed class photos to each member of the Class of 1966 and they were displayed on the head table. Thank you, Andre, for these beautiful and thoughtful gifts for the graduates.

Interesting that we didn’t see one person in the room, which was full ,tweeting or texting. How is that for a generation (or two) gap?

In a recent CARP (Canadian Association of Retired People) promotional newsletter, there was an article about The National Campaign For Better Hearing which is raising money to help people in need get hearing aids.

They believe that early detection of hearing loss can help reduce some of its effects. They say that “our hearing health is closely related to our brain health” and that the links to hearing loss of depression, mental fatigue, reduced cognitive capacity and, maybe even dementia, are outlined in research studies. Go to their website : http://www.campaignforbetterhearing.org/research to learn more.

Their goal is to raise $250,000 dollars. $118, 276 has been raised so far in hearing test driven donations. When people go for a free hearing test to one of their sponsored corporate hearing aid centers, the sponsor contributes $4 toward the fund. They are asking us to get a hearing test and to encourage our friends to do so also. In Cornwall call Listen Up Canada. For a list of a sponsored hearing aid center in Canada in your area participating in the campaign or for other information call 1-800-787-HEAR. This free hearing test will benefit those in need as well as ourselves. You can also donate your old aids which will be refurbished for those in need. The National Campaign For Better Hearing is saying that ‘together, we can make a difference.’

There are many wonderful service dogs working for people all over the world: dogs for people with visual and hearing impairments, detection dogs , companion dogs for people with Post Traumatic Stress Disorder including some of our Veterans, people and children with various illnesses such as Autism, Diabetes, dogs that can detect and warn a person that a seizure is imminent, dogs trained to sit and have children read to them and police and military dogs. The list goes on. Wonderful dogs helping in so many different ways. And there are Search and Rescue dogs as well.

Recently, a friend sent me an article on Bretagne, the last known living Search and Rescue Dog of the 9/11 disastrous attack in New York City. This beautiful Labrador Retriever of the Texas Task Force 1 was deployed as a search and rescue dog with the rescue teams in storms and hurricanes as well such as Rita and Katrina. In her later years in 2009 she left the Texas Task Force 1 and worked as a local fire department search and rescue dog. Later, when it was time for her to retire, she took on a new job, once a week visiting elementary school class rooms where some children who had problems learning to read, could read to Bretagne. Bretagne (pronounced Brittany) was 16 when she had to be euthanized in early June due to ‘old age slowing her down’. According to the web site, fire fighters from the Cy-Fair Fire Department in Harris County Texas along with other workers from the rescue field stood on either side of the walkway as she entered the Animal Hospital for the last time. As she was taken out draped in an American Flag, they emotionally gave her a hero’s salute. Go to her web site or http://www.cnn.com/201/06/07/US/bretagne-911-dog….to read the article but I must warn you, it is very emotional.

I saw a board hockey game on TV recently which I hadn’t seem for some time. Two people stand at either end and manipulate metals rods to move the players. It made me try to remember what other toys were around when we were kids. There were yoyos, roller skates with that important key around our necks, dolls of all kinds including the Kewpie dolls and Raggedy Ann (I loved the Barbara Ann Scott one), ice skates, figure skates with the pick at the end, little wooden wagons, baseball and bats, hockey sticks, sleds, pick- up sticks, airplane kits, pea shooters, Slinky Dog, Mickey Mouse watches, Dick Tracey watches ,toy soldiers, prize in the Cracker Jack boxes, Chinese Ladders, Monopoly , allies and marbles, skipping ropes-double dutch, bolo bats, dominos, checkers, mouth organs, paper dolls, gazoo, chalk to play hop scotch on the sidewalk, balls to throw against the walls, colouring books and crayons ,a host of comic books and tinker toys. And of course, a lot more.

My friend Fran Irwin reminded me of some, such as the cap guns. We had rolls of caps and used to hit them with a stone and the sidewalk to hear them ‘pop’. There were Roy Roger cap guns in holsters which were around during all the cowboy movie days. Fran also reminded me of the chalk we used to play hop scotch on the sidewalks.

An elderly man was on the operating table awaiting surgery to be performed by his son, a renowned surgeon. Just before they put him under, he asked to speak with his son.

“Don’t be nervous, Son. Do your best and just remember, if it doesn’t go well, if something happens to me…your mother is going to come and live with you and your wife.”