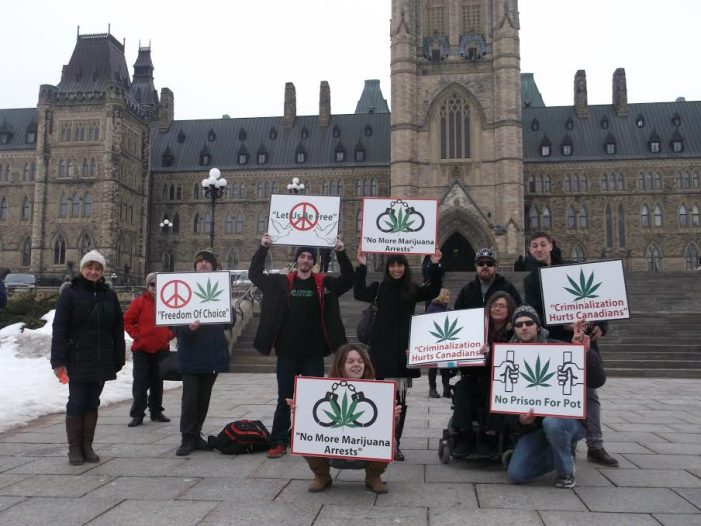 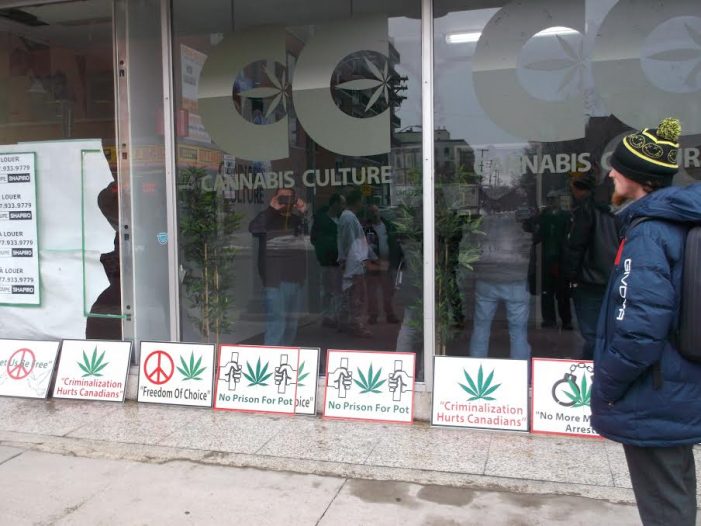 Ottawa Ontario – Jodie Emery, the CEO of Cannabis Culture, was in Ottawa yesterday, Feb. 22. She took to the steps of Parliament Hill to protest the arrest of marijuana users. Her message to Justin Trudeau was to, “Stop the arrests.”  Jodie Emery said, “There have been more raids and arrests under Trudeau than under Harper.”
Jodie and the merry rally marched along Bank Street into Ottawa’s newest hugest marijuana dispensary, Cannabis Culture at 319 Bank Street where marijuana is sold without a prescription to adults over 19. Ironically, while the Ottawa Cannabis store was opening, the Brantford Cannabis Culture store was being raided.