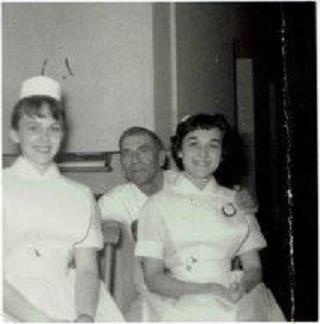 Cornwall Ontario – I was given a gift of a book titled: “1400 Things to be Happy About – The Happy Book” by Barbara Ann Kipfer. In the forward of the book she said it took her twenty years to compile her list starting with a note book in grade 6. It is an amazing list of things such as: playing poker, crisp cotton dresses, a kitten purring, swing sets, beating people at ‘crazy eights’,” Exodus” (movie-song), picking out a card and sending it to someone who is not expecting it, fall leaves and her last one, dozens of places to curl up with a book. On the back cover the list includes: ice cream sandwiches, leotards, a baseball game going into extra innings, a cat running 30mph, wet babies, tobogganing, Bugs Bunny, Hawaiian shirts, the beach in the fall and your own rainbow. This book is small and has about 612 pages. Lots of fun to read and has lots of items for a great gratitude list. I guess we can all find many things in the book to be happy about.

In a recent Disabled World newsletter, there is an article about scientists of the Imperial College London who analysed 95 studies on fruit and vegetable intake. Dr. Dagfinn Aune, lead author of the research from the School of Public Health at Imperial, said that the results of the research suggests that five portions of fruits and vegetables a day show major benefits in reducing the chance of heart attack, stroke, cancer and early death. It is also suggested that ten portions a day is even better. The article said that even a daily intake of 200g was associated with a 16% reduced risk of heart disease, an 18 % reduced risk of stroke and a 13% reduced risk of cardiovascular disease. Go to:

https://www.disabled-world.com/fitness/nutrition/fruits-veggies/5-a-day.php for more very interesting info on their research.

From the old CGH photo album: Here is a picture taken at the Cornwall General Hospital of two student nurses, Sandra Lee and myself with the orderly, Orval Beckstead , taking a break. Sandra and I always knew each other growing up and it seems so nice that, today, she is my sister-in-law, married to my brother Brian. Who would have guessed that in the1960’s? Orval was always a wonderful man and a friendly helpful orderly. Nice memories of CGH. I also found this newspaper clipping about Dr. Maurice Babineau who was a Cornwall Pediatrician. I remember him well. He was always so nice to the staff and a loving doctor to the little ones under his care.

A native of Chatham, N.B., Dr. Babineau graduated in Medicine from University of Ottawa in 1954.

After residency at Henry Ford Hospital, Detroit, Mich., and one year with the division of maternal and child health in New Brunswick, Dr. Baineau received his certificate from the Royal College of Physicians and Surgeons (pediatrics) in 1958. He has practised pediatrics in Cornwall, Ont.

Organon Canada has been an initiator of hormonal research and continues as one of the leaders in the field. Their prescription products include an oral contraceptive”.

I especially loved Bugs Bunny. He would chomp on his carrot and say, “What’s up, Doc?” Also, our beloved funny senior, nearsighted Mr. Magoo, was lots of fun. He wouldn’t admit his nearsightedness and got into lots of situations which were always funny as he somehow managed to himself out of them.

It cost us 12 cents to go to the movies when we were kids and hopefully we had a few extra cents for some popcorn. Some kids would bring a big bottle of Kick Cola with them. After the newsreel would be the cartoons which we all loved. When we went to the Roxy theatre in the east end to see an ‘oater’, it was always fun to sit at the very back and make guesses as to whether the popping we just heard was Roy Roger’s gun blazing or the popcorn machine behind us at the concession stand. Kids, eh??

What is amazing to think of today is that people were allowed to smoke in a lot of places, even the theatres. A friend remembers that at the Capitol there were little built-in-ashtrays at the end of the arm rest. People were allowed to smoke in the hospital also which is unheard of today, thank heavens. I remember an ashtray at the nurses’ station. It was not unusual to see a doctor walking down the hall smoking a cigarette. I also remember making rounds at night with a flashlight to check on patients and finding one sitting up with an ashtray smoking in bed which is so scary to think of today.

One winter over ten years ago, it was very snowy and my husband had medical problems. We had to stay in often because of the weather. I found an unused appointment book which had a blank page for every day. I decided on each of the snowy days to write a poem. I had written a lot of poems, some a bit goofy telling Old Man Winter to take a hike and some ‘California Dreaming” about being on a beach somewhere watching the little Sandpipers scurry around on the shore and listening to the gentle soothing waves of the sea.

Here is one about aging:

Will anyone care if I’m there or not? Will they let me bring my cat?

My summer days are flying by and autumn’s at my door.

When winter comes, will it be harsh or just a kitten’s roar?

It may depend on you and yours if I survive and thrive.

If you forget you knew me well, I’ll sip a long Mai Tai.

But there will be one last hoorah before I hit the mat.

I’ll tell the truth before I go: I especially loved my cat.

Here is a cute little joke:

Eighty year old Mrs. Jones, a reluctant and uncooperative patient, was in the hospital for the first time in her life with a broken arm. Her doctor came into her room to give her the results of her blood tests .

Doctor: Mrs. Jones, you have high blood sugar and low haemoglobin. That is not very good.”