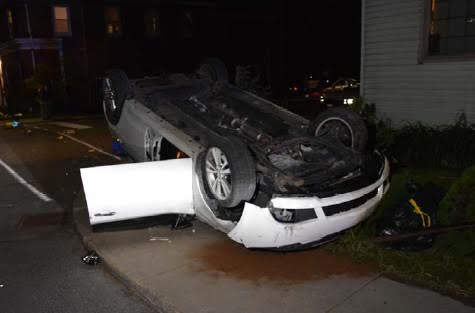 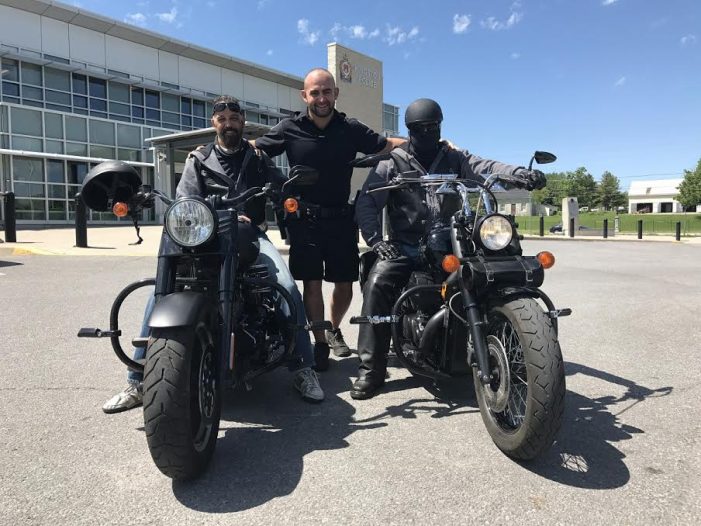 There were 8 individuals arrested within the last 24 hours including 7 men and 1 woman, between 17 and 75 years of age, for the following: assault police, resist arrest, impaired driving, fail to provide breath sample, driving with open liquor, interfere with traffic, assault, utter threats to cause death, and breach of probation.

A 75-year-old local man has been arrested after he suddenly assaulted and threatened his wife.
On June 7, 2017 at approximately 11:10 p.m. officers were called to a midtown residence for a domestic. The accused had fled and officers spoke with the victim. Officers learned that the accused has been verbally abusive towards the victim, but never physically abusive until this date. When the victim had simply asked the accused to move out of her way, he suddenly grabbed her by the throat and threatened to kill her. The victim told the accused she was calling police and he fled the residence.

At approximately 11:40 p.m. the accused returned and was arrested. The accused was transported to police headquarters where he was held to attend a bail hearing the following day.

The accused was charged with assault and utter threats to cause death. A 29-year-old local man is facing impaired charges after rolling his vehicle shortly after midnight.

On June 8, 2017 at approximately 12:41a.m. Police responded to a single motor vehicle rollover at John Street and Montreal Street. Upon arrival the officer observed a large field of debris and a white 4-door car on its roof. The vehicle was sitting just off the highway at the northwest corner of the intersection. The officer also found the driver sitting in a nearby patio chair. The driver showed signs of impairment by alcohol and was arrested for impaired driving.

The accused was later released on a Promise to Appear (PTA) with a future court date. HIs driver’s licence is automatically suspended for 90 days and would face a one year suspension if convicted. The vehicle was seized and impounded for seven days, with the accused being responsible for all fees and fines.

Don’t Judge a Book by its Cover, ‘Bad Looking Bikers’ Come to Aid of Officer A 46-year-old local man attacked and injured an officer after he was confronted over 3 outstanding warrants.

On June 7, 2017 a Kingston Police officer was on bicycle patrol in the area of Princess Street and Bagot Street when he observed the accused. The officer recognized the accused and knew he was currently wanted.

At approximately 2:00 p.m. the officer dismounted from his bike and approached the accused and advised him of the warrants for his arrest. The accused attempted to flee and when the officer moved to stop him, the accused grabbed the officer and during the struggle they fell to the ground.

While some citizens stood by to film the attack on the officer, the two heroes who looked like villains came to the rescue.  Two retired military police officers riding by on their Harley’s, noticed the officer get off his bike and approach the accused.  In an instant they saw the attack and quickly stopped their motorcycles across the street.  Jumping off their rides the two heroes ran across the street and managed to pull the accused off the officer who was on his back with the accused over top him.

The accused was charged with assault police, resist arrest, and breach of probation.

The officer suffered a minor injury as a result of the attack. The military and police share a strong common bond of serving and protecting. Kingston Police would like to thank these two heroes for coming to the aid of one of our officers.

On the left: Retired officer served 15 years in Kingston, 2 tours in Afghanistan and 1 tour in Bosnia.

Both officers belong to a motorcycle club called J.E.R.K.S which stands for Just Every Riders Known Soldier.