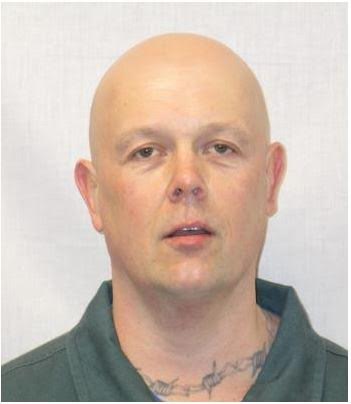 (Ottawa, ON) – The Repeat Offender Parole Enforcement (R.O.P.E.) Squad is requesting the public’s assistance in locating a federal offender wanted on a Canada Wide Warrant as result of being Unlawfully at Large.

RICHARDS has several tattoos including, a swastika made of battleaxes on his head, barbed wire tattooing around his entire neck, a full sleeve tattoo on his right arm, a cross on his left hand, a pig with bullet holes under which is written “OPP” on each calf and also three fully cloaked “KKK” members on his left calf.

He has a scar on his left arm.

RICHARDS is serving a sentence of 10 years, 6 months for Robbery, Use Imitation Firearm While Committing and Indictable Offence, Fraud Under $5,000 x 10, Uttering False Pretences Under $5,000 x 2, and Break and Enter and Theft.

The offender is known to frequent the Ottawa and Renfrew, Lanark and Sudbury areas.