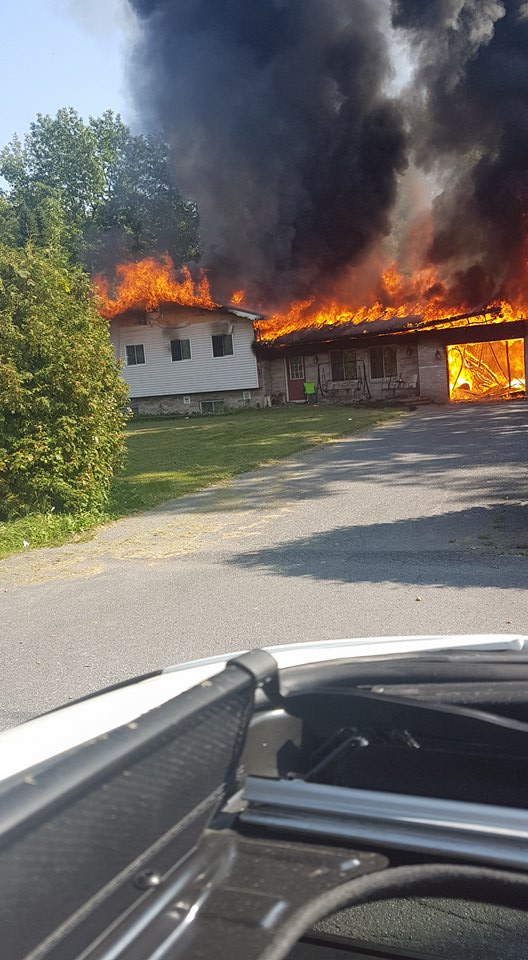 Cornwall Ontario –  CFN viewer Joseph Boyer had to drift back from a fire as heat and ashes were encompassing him.   One fire truck was present at the time of these photos. The road is now blocked as firefighters try to deal with the flames.   It appears that nobody was in the houses.  Mr. Boyer said that two more South Glengarry fire trucks and OPP arrived as he pulled back.  He said it appeared the fire had been going for awhile when he saw it.

If you see news happen email your video and photos to info@cornwallfreenews.com

There’s a gofundme page set up for the victims of the fire.   Here is the LINK