Another Sexual Assault in Cornwall Ontario – 112817

SEXUAL ASSAULT Cornwall, ON – A 29-year-old Cornwall man was arrested on November 27th, 2017 and charged with sexual assault. It is alleged the man sexually assaulted his ex-girlfriend in April, 2017 and police were contacted to investigate. On November 27th, 2017 the man attended police headquarters to deal with the matter. He was taken […]

(Kemptville, ON.) – On November 27, 2017 at approximately 10:30 p.m., Grenville County Ontario Provincial Police arrived at the scene of a multiple vehicle collision on Highway 401 between Prescott and Highway 416. Preliminary investigation has indicated that two transport trailers and three vehicles were travelling eastbound on Highway 401 when the collision occurred. Two individuals […]

DRUGS SEIZED AT TRAFFIC STOP     (SOUTH GLENGARRY,ON) – On November 24, 2017 at approximately 1:09am, Stormont, Dundas & Glengarry (SD&G) Ontario Provincial Police (OPP) officers intercepted a vehicle during a traffic stop on Highway 401, South Glengarry Township. The stop resulted in the seizure of a quantity of suspected marijuana and cocaine from a […]

LIGHT DISPLAYS STOLEN FROM PERTH HOMES   (TOWN OF PERTH, ONT)  At 9:35pm and 9.54pm on Sunday November 26, 2017 officers from the Lanark County Detachment of the Ontario Provincial Police (OPP) received two calls to homes on Drummond Street East and Sherbrooke Street East in the Town of Perth. The calls report thefts of outside lights […]

Cornwall Ontario – Some friends were discussing the old days when they frequented The New York Cafe on Pitt Street and how much they still missed it. Besides great food and a good variety of it, they also mentioned that when you went into the restaurant the staff knew you by name. The Jade […]

SD&G #OPP Round Up in South Stormont for Thursday November 23, 2017 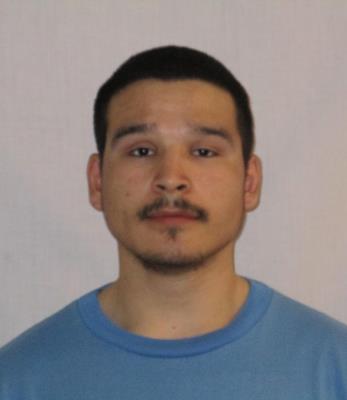 FEDERAL INMATE WANTED   (OTTAWA, ON) – The Repeat Offender Parole Enforcement (R.O.P.E.) Squad is requesting the public’s assistance in locating a federal offender wanted on a Canada Wide Warrant as a result of his breach of parole. Darcy Nutarariaq is described as an Indigenous male, 23 years of age, 5’8″ (173cm), 140 lbs (64kg) with […]