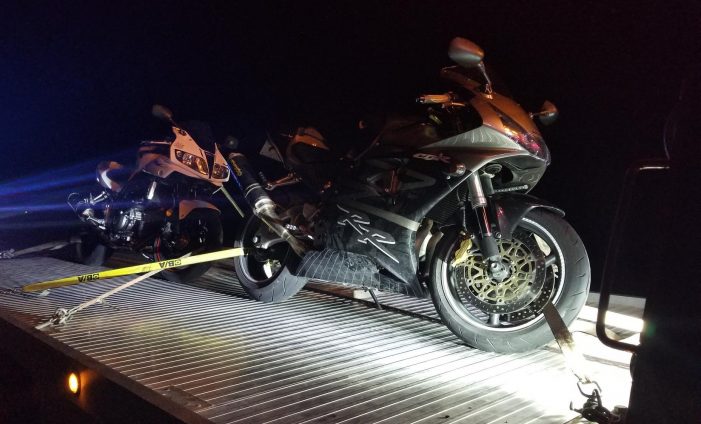 (Ottawa, ON) – Members of the Ottawa Detachment of the Ontario Provincial Police (OPP) charged more than a dozen drivers with Stunt Driving and seized seven motorcycles and five other vehicles over the weekend.

On Friday night one motorcycle rider was spotted performing a wheelie on the highway near Nicholas, another rider was caught traveling at more than 170-kilometres per hour and two SUVs were intercepted as they entered the city. They had been passing each other at speeds well over 160-kilometres per hour. The same night, six high-end vehicles were seen traveling together at high speeds. Two drivers from Quebec were successfully intercepted by officers and charged.

“The OPP is asking those who feel the need for speed to take to it to the track”, said Staff Sergeant Bob Wheeler, Ottawa Detachment Commander. “We are committed to highway and public safety and will continue to monitor driver behaviour. You never know when you are being watched, please drive responsibly.”