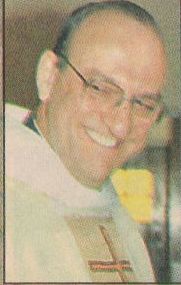 (SOUTH GLENGARRY,ON) – An arrest has been made as the result of an historical sexual assault investigation conducted by members of the Stormont Dundas & Glengarry Detachment of the Ontario Provincial Police (OPP, assisted by the SD&G OPP Crime Unit.

Gilles DESLAURIERS, 79 years of age, of Vercheres, Quebec was arrested March 12, 2019. He faces charges of:

– Indecent Assault on a Male (2 counts)

These charges are in relation to alleged incidents involving a young male victim, dating back to 1976.

The accused was released and is scheduled to appear at the Ontario Court of Justice in Alexandria April 3, 2019.