Cornwall ON – In this day and age in this country nobody should ever go hungry.  It should especially be a crime for any child to ever grow hungry. Sadly we don’t live in a perfect world.  Luckily enough people care, and that initiatives like Javey Entertainment’s Feed A City compilation cd fund raising project […]

Alleged Killer Colonel Russell Williams has been reported to have attempted to take his life while in jail. LINK The former base commander of CFB Trenton, Ont., accused of killing two women and sexually assaulting two others, tried to kill himself just before Easter Sunday by stuffing cardboard from a toilet paper roll down his […]

Have a Safe & Joyous Easter to all that Celebrate from The Cornwall Free News & Seawayradio.com – Cornwall Ontario – April 4, 2010 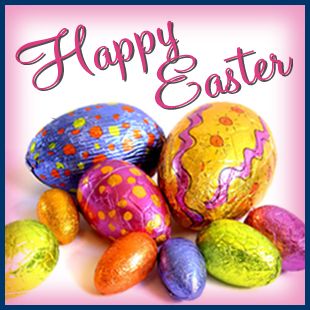 Cornwall ON – Health, Happiness, and Joy to all of our viewers that Celebrate Easter from all of us at The Cornwall Free News & Seawayradio.com EASTER on Wikipedia Easter Bunny Easter Eggs please visit our local sponsors:

By Moderator on April 3, 2010   Entertainment, Headlines, News, What's Going On

Vankleek Hill ON – Wow.  On a night like last night I love my job!    We had the opportunity to be invited to the Beau’s Brewery 1st Celebration of their Community & Charity Fundraising. Besides making this amazing Organic beer with no Corn Syrup or other weird additives, Beau’s is extremely active in the […]

Cornwall ON – As a result of surveillance operations conducted from March 26th to March 31st, 2010 targeting illegal contraband tobacco smuggling,  the RCMP, in partnership with the Ontario Provincial Police, Ontario Ministry of Revenue and assisted by the Cornwall Community Police Service and Canada Border Services Agency carried out several operations in the South Glengarry and Cornwall […]

Do you Give a Dam? Canadian Actress Anna Paquin admits her bi-sexuality in new Ad for The True Colors Foundation – Cornwall Ontario – April 2, 2010

Cornwall ON – Do you give a damn?   Is the name of a new awareness campaign for gender equality started by the True Colors foundation, which was started by Cyndi Lauper, has been so popular the informational site www.wegiveadamn.org has crashed! Canadian actress Anna Paquin has come out as bi-sexual in the promotional video […]

Cornwall ON – After many long minutes of hard thought and consideration; not too mention a few Gin & Tonics, and listening to some CBC overnight radio; and with the support of my family and friends I’ve decided to go blue. I’ve weighed. I’ve considered. I’ve closed my eyes and clicked my heels together and […]