SIU Terminates Investigation into Injury of Man while in OPP Hawkesbury Detachment Cell Case Number: 17-PCI-237 Mississauga, ON (10 October, 2017) —  The Director of the Special Investigations Unit, Tony Loparco, has terminated an investigation into a serious injury sustained by a 56-year-old man in August of 2017 in Hawkesbury. On August 30, 2017, Ontario Provincial […]

SIU Investigators Examining Incident Inside Hawkesbury OPP Detachment Case Number: 17-PCI-237 Witness Assistance Fill Out a Witness Form Upload a Video Mississauga, ON (31 August, 2017) — The province’s Special Investigations Unit is examining the circumstances surrounding an incident inside the Hawkesbury Detachment of the Ontario Provincial Police, after which a 56-year-old man was transported to […]

SIU Started an Investigation into Arrest of an Ottawa Man, Appealing for Witnesses Case Number: 16-OCI-193 Appeals Form Witness Form Toronto, ON (24 July, 2016) — The province’s Special Investigations Unit is examining the circumstances surrounding the arrest of a 37-year-old man in Ottawa. Preliminary information suggests the following: Around 10:30 a.m. this morning, Ottawa […] 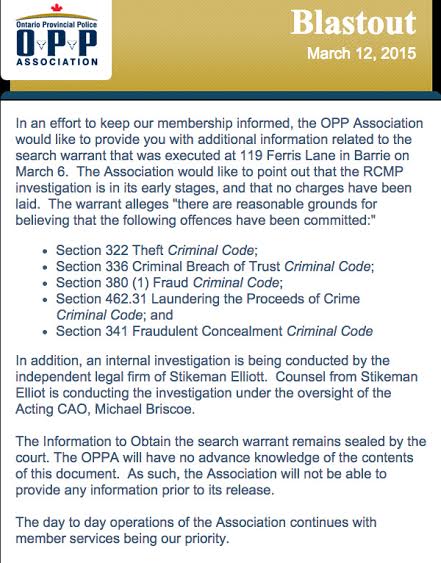