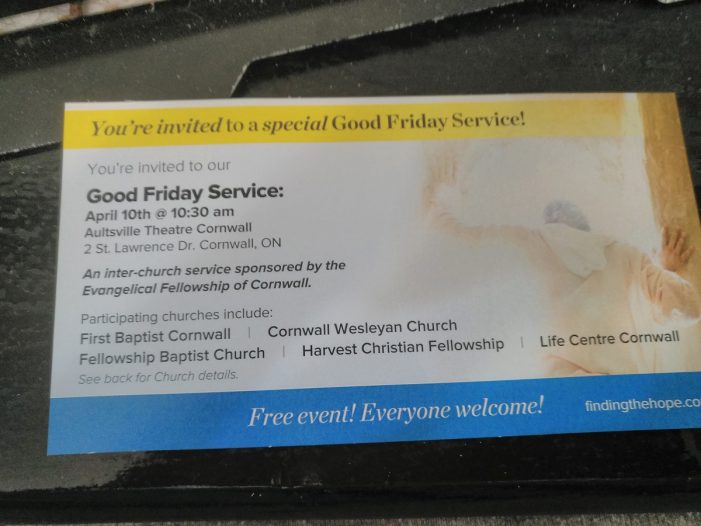 A package with a glossy card, and other objects has been arriving all around Cornwall inviting the public to attend a church gathering at Aultstille Theatre (approximately 700 seats) for April 10, 2020. This would appear to be in violation of Ontario Emergency orders. We will update as more information becomes available. The Cornwall Police […]

Toronto ON – There are several problems with the House of Commons private members’ motion 103 on “systemic racism and religious discrimination.” It is based on the assertion that there is a “need to quell” an “increasing public climate of hate and fear” and, implicitly, that the Parliament of Canada has the ability to “quell” […]

Letters to the Editor by Pastor Tom Newton: Why don’t I believe in Monkey Theology? There is a rising revolt against Darwinism in the scientific community. The old monkey theology is rapidly being replaced by “Intelligent Design”. What is happening is that true scientists after looking at “Creation” with a real objective scientific mind set, […]