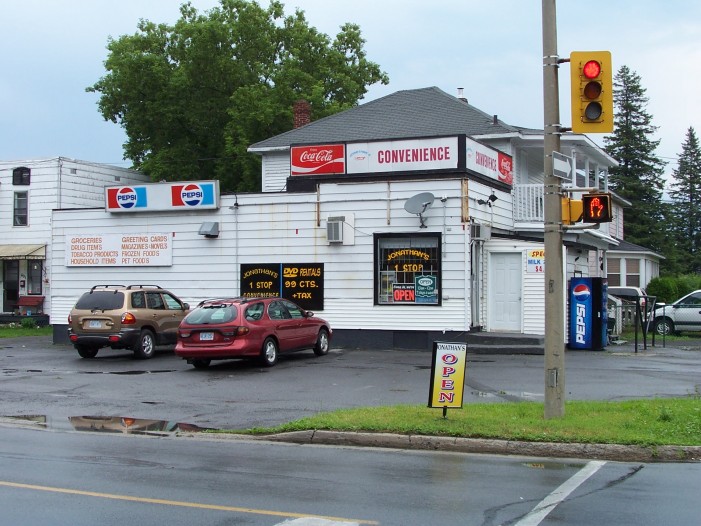 Mohawk Council of Akwesasne Files Federal Court Action Against the Minister of Public Safety and the President of the Canada Border Services Agency. The Mohawk Council of Akwesasne has instructed its lawyers to file an application for judicial review of the decision of the Minister of Public Safety Peter Van Loan and the President of […]

L I N K  Michael Jackson, The King of Pop has been pronounced dead in Los Angeles today.   He was 50 and about to embark on a 50 stop comeback tour in the UK. MJ WIKI You have to press the PLAY button to take the video to You Tube. httpv://www.youtube.com/watch?v=AtyJbIOZjS8

Charlie’s Angel Passes Away at 62

Farrah Fawcett has passed away at the age of 62 from Cancer.  Here is her link on WIKIPEDIA RIP and condolences to her family and loved ones.

I may start calling Claude a Liberal 😉    He blasted our MP a new one in his column.   It’s about time more people called our MP on his non-performance.  Posing for pictures doesn’t create jobs or clear up bridges. L I N K   “Mayor Bob Kilger has picked up where Stormont-Dundas-South Glengarry MP Guy Lauzon […]

It’s been confirmed that Restaurant Chez Nous has closed its doors for good and filed for Bankruptcy. Owner’s Paul McAllister and Ryan Julien could not be reached for comment, but the kitchen equipment was moved out of the building this week and notices of bankruptcy were released. I think that corner is cursed although the […]

Mohawks Love Fireworks and Baloons. Lift Off a Go!

Email 10 Political Offices about the Border Crossing in 1 Shot

Hmm… this site just went up giving people a place to vent to all the US and Canadian politicians and agencies with one form however there are no emails sent to the MCA or Grand Chief, or even Brendan their Media guy. This isn’t just a Canadian Government issue.  Akwesasne has their fair share of […]

Long meeting at City Council last night.    The numbers for 2008 were reviewed with the accounting firm for the city, Craig, Keen, Despatie, and Markell LLP with Ross Markell speaking for the firm. Some of the numbers were really good.  Mr. Markell compared Cornwall to Brockville, Northbay, and Belleville, but accounting numbers have to be […]

Here are your Quick Hits for Monday June 22, 2009 City Employees Must Wear Undies in Florida Chubby Folk Live Longer than Skinny Minnies Dogs Trained to Sniff Diabetes Blood Sugar Levels LCBO TO GO ON STRIKE WEDNESDAY NIGHT “If the LCBO and its workers cannot reach an agreement by 12:01 a. m. on Wednesday, […]