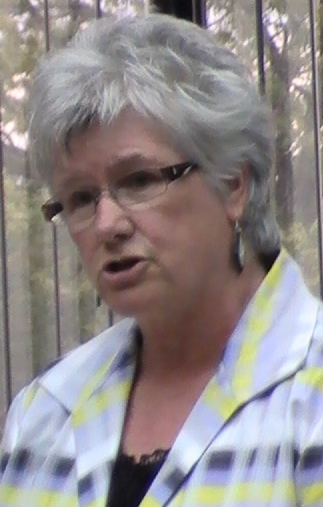 and Denis Thibault are getting very different reads from the numbers.

“MacDonald said the new figures from Statistics Canada presents a “false picture” of Cornwall since they include Ottawa, which is insulated from the hits to the manufacturing sector due to its rich public service sector.

“People want to work, but the opportunities for family-supporting jobs, or even full-time minimum wage jobs, are meager,” she added.”

Councilor Thibault may need to review some Stats Can numbers as we printed results showing a large increase in EI claims in Cornwall.   LINK

“According to Thibault, the number of EI applications and the volume of visitors to Internet job sites such as Jobzone are both down.

“From where I’m sitting, those numbers reflect well (on what’s happening in Cornwall),” said Thibault, who heads up the Eastern Ontario Training Board.”

I asked Roger Sauvé our resident Economist & Statistician on the issue:

“There is no monthly estimate of the unemployment rate for the city of Cornwall. Luckily, there is an annual Statistics Canada estimate released in March or April of each year. The annual numbers show that the unemployment rate in Cornwall is typically higher than in Ottawa.
In 2008, for example, Cornwall’s unemployment rate was 6.9% or 2% higher than in Ottawa which was then at 4.9%. Given the size of Ottawa, Statistics Canada is able to produce a monthly unemployment number based on a three month moving average … it stood at 5.2% in October.
This suggests that the unemployment rate in Cornwall is currently near 7.2% more or less. This is below the Canadian average of 8.6% and the Ontario average of 9.3%. Employment insurance (EI) statistics for August indicate that the number of recipients jumped by about 41% from the previous year in both Cornwall and Ottawa.
The ongoing recession is widespread and Cornwall mirrors the negative trends. Things could be worse … Cornwall’s unemployment rate soared to 15.8% in 1993 under the impact of the early 1990s recession.”
What do you think Cornwall?  To leave a comment click the title line and type what you think.
please visit our sponsors: