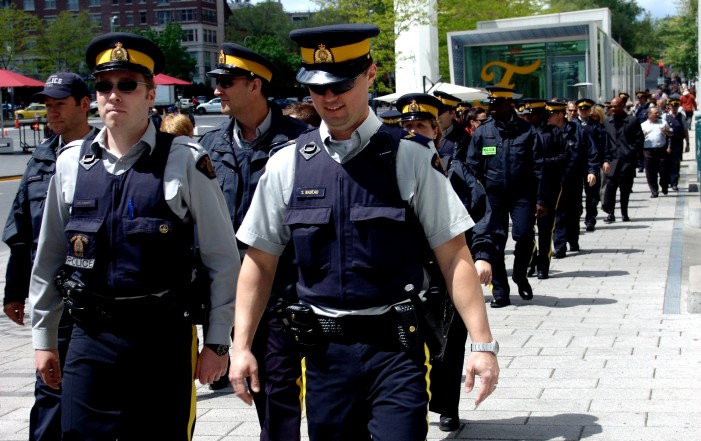 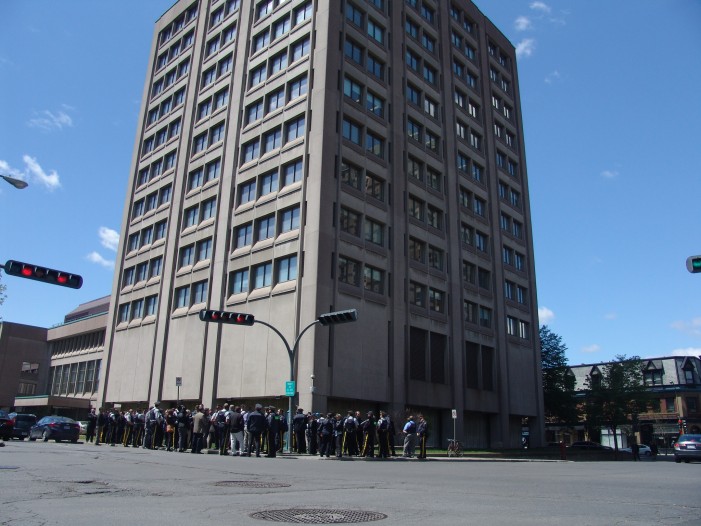 CFN – About 100 uniformed RCMP officers boarded Montreal’s metro system today during a very public lunch-hour silent protest that took them to an RCMP management forum at the Hyatt Regency Hotel at Complexe Desjardins downtown. The members are protesting working conditions, a failed internal representation system and the force’s refusal to allow its 1,000 Quebec members to unionize. The uniformed officers left the RCMP’s headquarters at 4225 Dorchester Street in Westmount at about noon, making their way to nearby Atwater metro station before disembarking at Place des Arts station and walk to the Hyatt.

“We want to rebuild public confidence in the RCMP, but under the current system, but the RCMP leadership is failing to address the profound institutional and cultural challenges that undermine this proud institution,” said Gaétan Delisle, president of the Quebec Mounted Police Members’ Association. “The system is broken right now and the members are not well represented.”

Mr. Delisle addressed the media at 11:45 a.m. today outside RCMP headquarters. He also spoke to journalists at the Hyatt.

The RCMP’s divisional representatives’ forum was held at the Soprano Room, on the 4th floor of the Hyatt, starting at 1 p.m.

Last week, Delisle and two RCMP members from British Columbia were in Ottawa to speak before a Senate committee hearing that proposed several amendments to C-42, notably to act on Justice O’Connor’s recommendations, improve the standards of review for the RCMP and address systemic oversight issues.

RCMP Officers Protest Working Conditions in Montreal & Refusal of Quebec Members to Unionize added by admin on May 14, 2013
View all posts by admin →